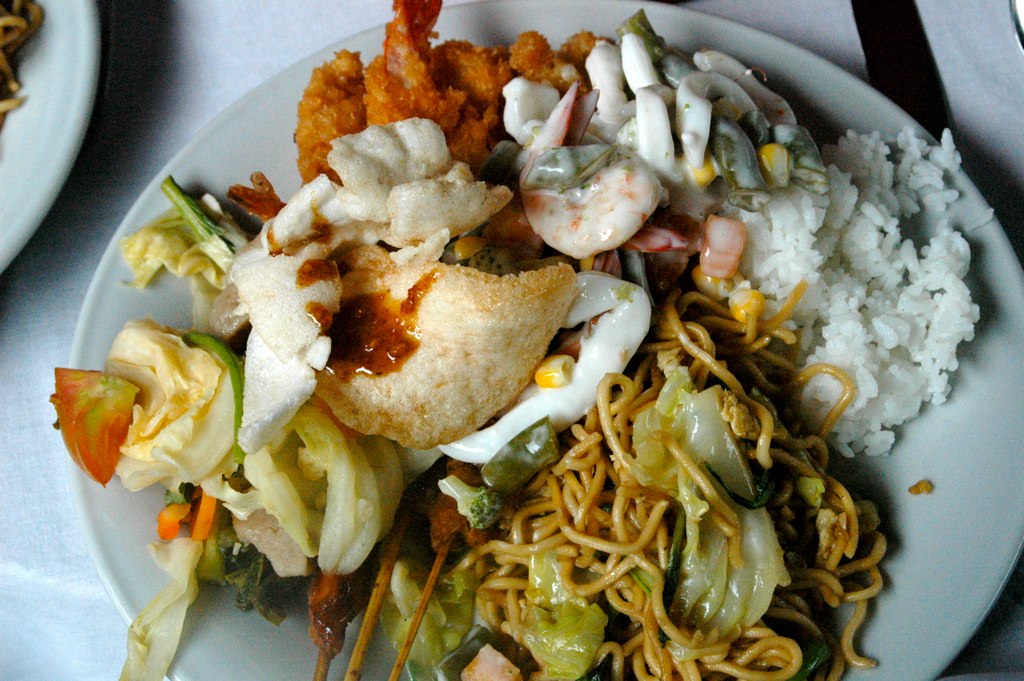 The ship organized a tour for the crew to go and see an ancient temple in Borobudur, Indonesia. It was truly amazing. It is super old and has all kinds of carvings all around this temple. It was a rainy day but it held up until we were done with the temple. Then it started to rain hard. We needed to grab some cover and the best way to grab some cover is to go eat some lunch.

The tour included a buffet lunch with a lot of Indonesian food. I pigged out and got a little bit of everything, leaving nothing behind. Shrimp, Rice, noodles, beef, chicken, chips, fruits, soup, and vegitables. I hit every food group in this meal. It was all really good. No need to go back for seconds, firsts was enough for me. It was getting late and we need to take the 2 hour ride back to the ship. What to do with leftover poached pears