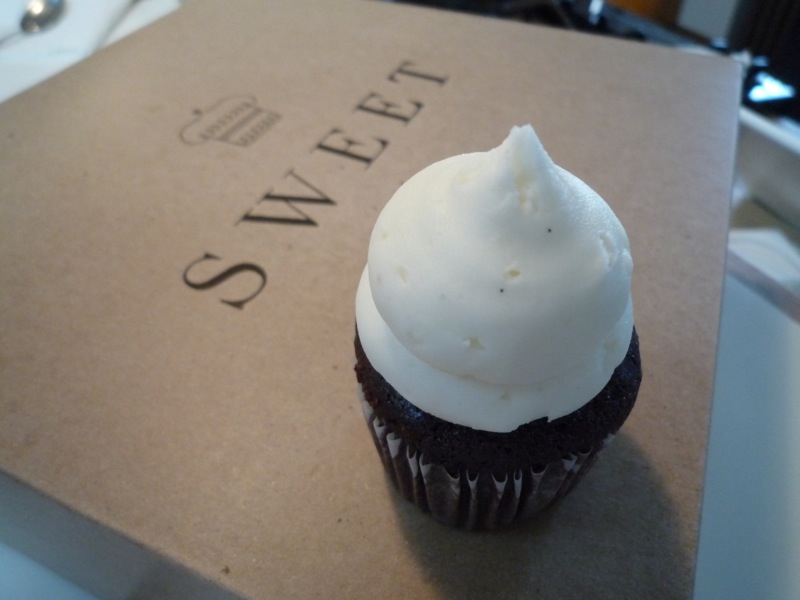 Yesterday I flew to Boston for the fourth Jelly Talk. It’s a developer focused speaker series I started with Amit Gupta, founder of Jelly, Photojojo and commandshift3 (a personal favorite of mine). The talk went great.

Seth and Ryan talked geo-location for about an hour making me jealous I don’t yet have an iPhone. But, lets back up about an hour. I popped up from the Red Line in Center Square of Cambridge not sure of my location or my destination. I pulled out the blackberry and loaded up google maps. It still fascinates me how a cell phone can tell me exactly how lost I am in a matter of seconds. As the server and my phone were talking, I looked up the address for Betahouse, a co-working space, and my destination. Simultaneously I saw a sign (yes soooo analog) for Magazine Street, the very street Betahouse was on. I made the left the sign indicated I should, walked a block and stopped to check my phone. Before I did, I stopped a woman on the street, who was carrying a large brown bag with the word sweet on it. I asked her (yes also very analog) if she knew where Magazine Street was. She smiled a huge white smile and told me that I was standing on it. I said thank you. She walked off. I then glanced back at my phone and it confirmed that indeed I was on Magazine Street. Putting the phone back in my pocket I walked down the street to find number 13. A few blocks later I arrived at the building, climbed the quintessential set of new England brownstone steps and reached for the bell. Before my finger could ring, the door swung open and I was face-to-face with Walter, my on site tech/producer for the streaming portion of today’s Jelly Talk.

Now, let’s take a second to review and also for me to mention that I love the little coincidences that life provides. Ok. I am headed to a talk on geo-location. I am lost in Boston. I just launched Google Maps on my BB Curve. A bright smiled woman carrying a large brown shopping bag gave me directions. And, someone I knew opened the door to my destination before I could ring the bell. You with me? Good. Let’s continue.

I stepped inside and closed the door behind me. Walter and I spend a few minutes catching up from our last meeting in Austin. We then quickly reviewed today’s plan. As he was giving me the good news that we were all systems were go, the door to the building pushed back open. As the large oak door creaked open it revealed the bright smiled woman holding a shopping bag. Walter and I kept talking for a moment and she stood their patiently waiting for us to finish. As Walter and I paused, she took the opportunity to step in and ask for directions to Betahouse. Walter explained how to get there as I stood bewildered that the woman I had asked direction of was actually headed to the same place as I. She continued up the stairs and Walter and I resumed our conversation.

Once finished I asked Walter to repeat the directions to Betahouse again to me and I headed up the stairs to see what the Boston Jelly Talk site was all about. I continued up 2 flights of stairs and through several doors. I opened the final door, which dumped me into the kitchen of a large space with a slanted roof and a giant skylight. Sun poured in from the ceiling and three huge windows at the rear of the space. As I stepped through the door a, now empty, large brown bag and the same bright smiled woman I have been indirectly geo-tracking greeted me. This time, I swallowed my shock and mustered up the motor skills to introduce myself. Devon put down the brown box, which came out of the large brown bag, and reciprocated with a firm handshake and that signature smile. She launched right into explaining what was in the box. I suppose she could read off my face that the serendipitous series of events that led us to this moment would culminate with the opening of the box in her hand. Devon began to explain that she waited on a huge line to obtain the contents of the box and could not believe that there was such a mob outside the shop she patronized. As she lamented, she lifted the lid of the box and revealed 24 mini cupcakes with beautiful butter cream icing hats adorning their brown, red and yellow heads.

Devon had stopped at Sweet, Courtney Forrester’s gourmet cupcake boutique, to bring a certain sugar rush to the co-working consortium at Betahouse. And, in that mission, she succeeded.

Courtney has passion for cupcakes and hires staff based on this same love and desire for the mini cakes. Everything is prepared from scratch with trans fat free and stabilizer free ingredients. In other words, get them in the morning and eat them before the sun goes down.

As Devon concluded her story I was halfway through a Red Velvet and was eye balling a Boston Cream. Believe me when I tell you that Sweet has that perfect mix of freshness, richness and sweetness. The bite size nature of them allows for sampling many flavors and the look of them is as enticing as the taste. Devon later showed me a technique she uses for eating cupcakes. She rips off the bottom of the cake inverts it and smooshes it on top on the icing. This creates what can only be technically defined as a cupcake sandwich. Living in NYC I have seen the cup cake craze come and go. I was never really impressed. I find, more times than not, that the frosting tastes more like butter than cream and that the cake is not as spongy as I would hope. Perhaps it is in the mini size that Sweet sells, but both the frosting and the cake were perfectly done. Sweet has helped me gain back a little more love I lost over the years for the city of Boston. But, that is another post. Truth be told, Devon, Jon, Ryan and Seth all had a little something to do with me finding a happier place for Beantown in my heart. And of course, let’s not forget the miraculous food coincidence that has been the inspiration for this post. One last note to those Jelly organizers out there, the bar has been set.

Dining out at Citi Field