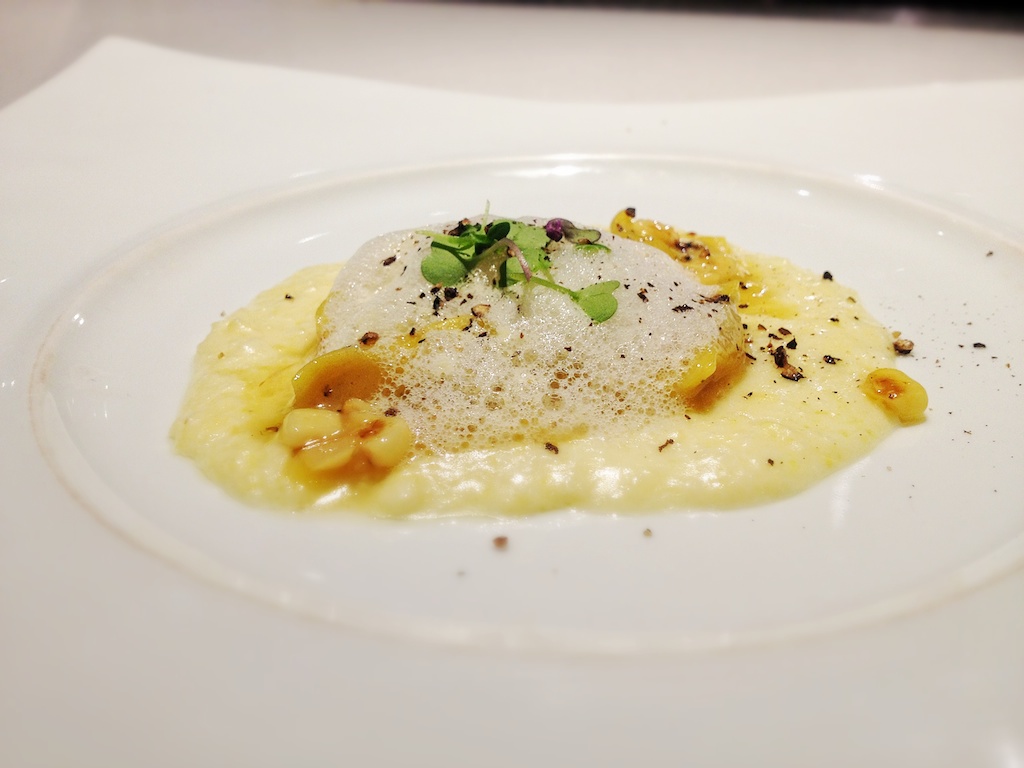 Chef Puck is arguably the guy who started Californian cuisine but don’t let Alice Waters hear ya say that. Seems as though SoCal and NorCal have more in the way of rivalries than just sports. Let’s argue that another day. One thing is fact, Puck took his Austrian roots and mother’s lessons and revolutionized American cuisine in LA. Since Ma Maison in 1975 he’s been putting flavors together better than Rachel Zoe can accessorize. His reach has expanded far beyond his name sake Spago in Los Angeles leaving fingerprints everywhere from Las Vegas to Cincinnati.

I recently had the pleasure of sitting solo at the bar in his Caesar’s Palace Spago outpost. Perched up on a bar stool at the far end of the short side of the marble bar I had the advantage to soak in the restaurant patrons and staff as they busied themselves with eating, chatting, serving and philosophizing. The convivial atmosphere was not accidental. Puck’s restaurant design is as deliberate as his recipes. That night, as I eaves dropped on my fellow diners I savored every bite of my meticulously crafted yet effortlessly presented pasta dish. The mascarpone foam mends together the corn angnolotti. Summer truffles bring the boom. The king of cheese off sets the sweet. Pea tendril makes it pretty. Everything had a reason to be on the plate. Everything was completely thought through. Together each bite seemed as if it were the simplest yet most delicious angnolotti I have ever tasted. That’s his trick and the essence of California cuisine. The freshest, most local ingredients prepared in a non-pretentious way with the simple goal of great taste is what has made the movement so successful that it’s just about spread across the entire world. Certainly it’s made it as far as Puck’s home town of Vienna and for that he deserves much applause.