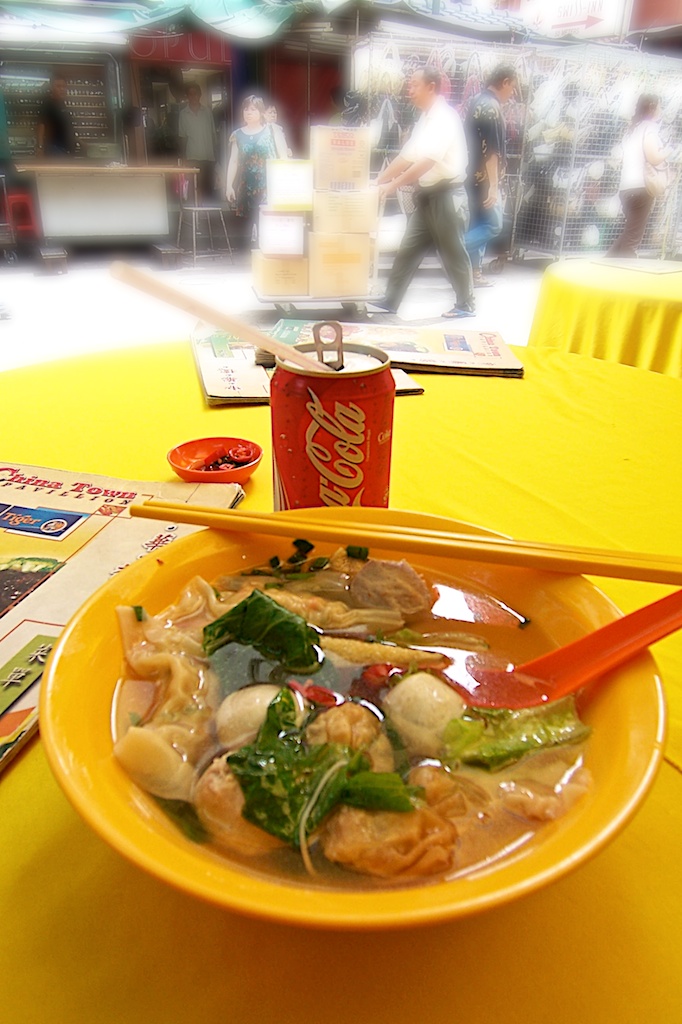 I’m pulling out some archived footage on this one. If you sometimes play with those video snacks on the right you may have already seen this last week. First up is the above bowl of amazing. Not the best descriptor of taste but one of those words used when you don’t know where to start. I had just landed in Kuala Lumpur from Singapore an hour earlier with nothing but a hip sack and a return ticket departing 24 hours from this bowl of soup.

From the airport I grabbed a train eager to start this ultimate layover. I jumped off as close to the biggest market in the city as possible. That happened to be in the heart of Chinatown (every good city has one). The thing about KL’s Chinatown is that it’s more like Asiatown with an mix of cultures unprecedented anywhere I’ve ever been, except maybe the 6 train in New york City at rush hour. Malay, Chinese, Indian, Muslim, Hindu, Japanese, German, American, Moroccan, Vietnamese, Pilipino…the culture list goes on and on. The video below shows just how abundant this mix is with a 60 second peek into the cities largest shopping mall. I love that about KL. Culture mixing at it’s best.

Back to the soup. Hungry from my travels, I settled on a small stand on the fringe of the market. As always I looked for the place locals were  lining up and stopped there. Super fresh chicken dumplings floating in a consommé level broth packed with flavors and spices indigenous to South East Asia was being ladled out of a giant, steaming cauldron. I hurriedly rushed it to a small table facing the street. The fresh greens, picked from whatever the stall next store was selling, wrestled for position with the S.O.P.– soup spoon and chop sticks. The art of eating a bowl of soup in South East Asia is a quick one to master but you have to pay attention. The way you lay your chop sticks across your  bowl says a lot about who you are and what you know. I sat slurping and plucking until all the tasty was gone and I lifted that yellow bowl to my lips lapping up the last few gulps. With each previous spoonful I watched the pulse of the market. The guy with the cart of boxes making a delivery, the old Chinese lady picking up her daily greens and the English couple sucked into the bag vendors web, all provided fantastic lunch theater. As I often say the ambiance can make everything taste better and in this moment, it did.