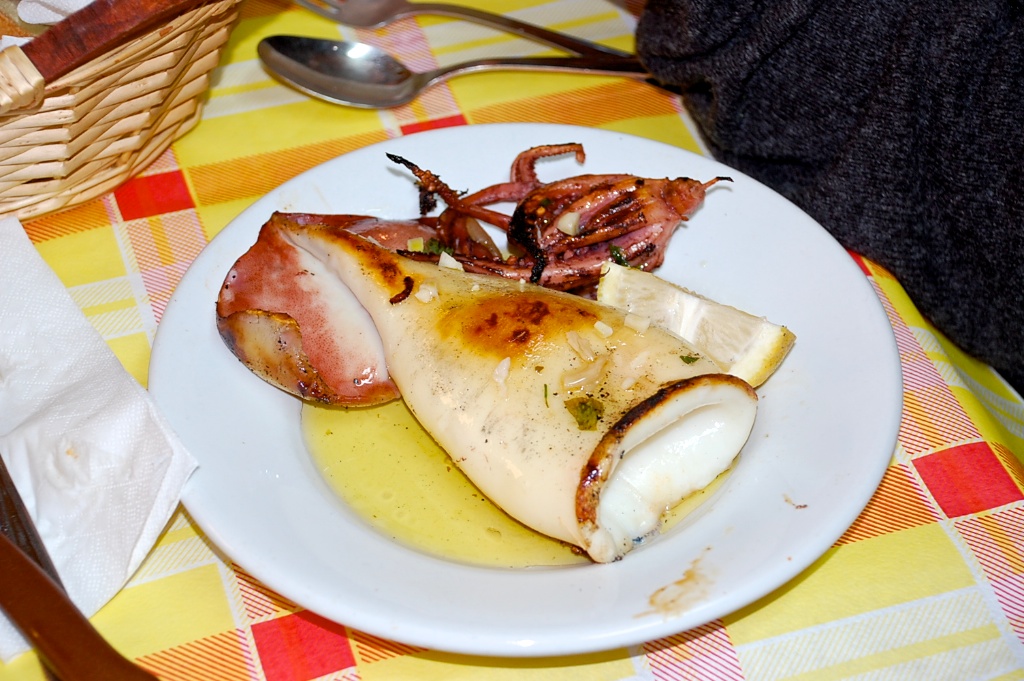 Sicily is awesome for more reasons than I could explain if I wrote a post a day for a year. The nine inch squid shoot that lies across my plate above soaking in the very best sicilian olive oil like a lost treasure sitting in a post-thunderstorm puddle was pulled from the ocean 30 minutes before it hit my belly. The only other thing on the plate was a lemon wedge. Salt and pepper were detectable but in trace amounts simply because the freshness could handle all the talking. That talking being the loud, hand flailing Italian style witnessed throughout all of Sicily and the main land boot as well. What was this calamari, as the Italian’s call it, saying to me? It was firm in it’s position that recipes should be simple, local and fresh. That’s the triple threat you see in so much Italian cooking.

The squid elaborated while on my tongue. “I’m-a fresh. I grew up just-a down  the shore-a there, see.” My throat heard it say “I kissa the grill-a for four-a minutes and look how-a good I turned out.” By the time it got to my stomach I heard, “A touch-a of acid-a from the lemona brought out my flavor and that olive oil gave it a track-a to travel on. Finito!” I listened to that squid the rest of the trip as it’s sound advice lead me to find the best Sicilian food from Palermo to Taoromina to RUINS to Marsala. Bravo Mr. F. Calamari. Thanks for the chat.