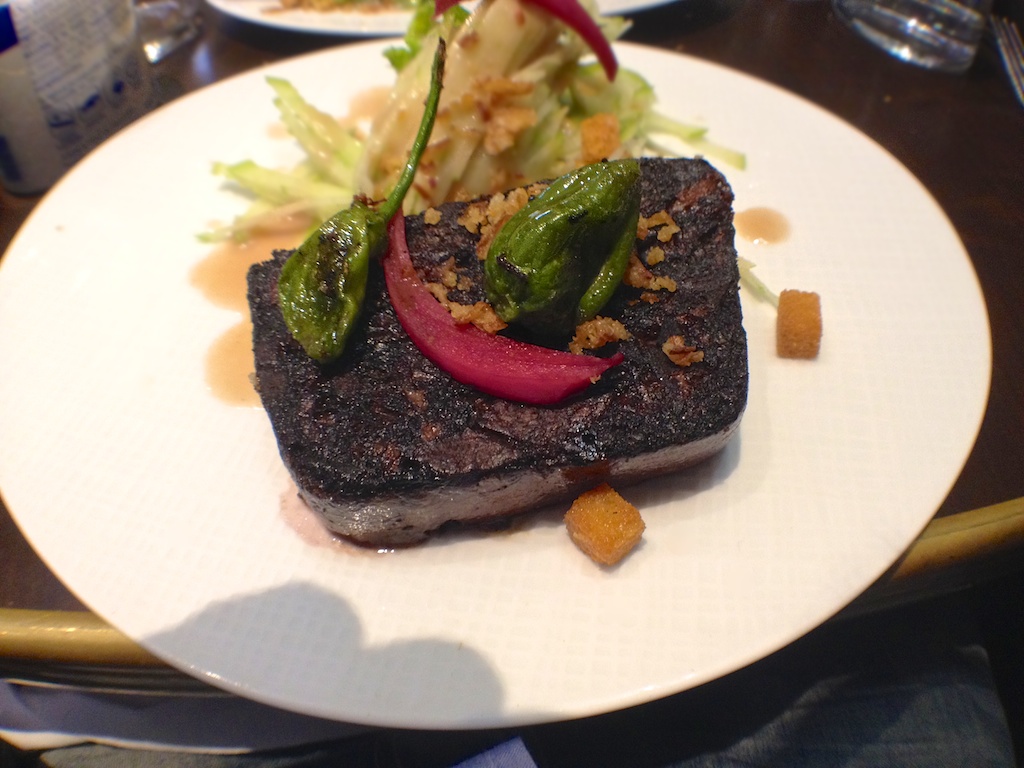 It’s been praised by everyone from Anthony Bourdain to the NYTimes. Usually that means it’s over hyped, over crowded and underwhelming. Not because their recommendations were wrong but because the foodie flockers came and destroyed it. ie-Cronuts. Never-the-less, we had to check it out especially since my buddy Chef Ben Long told me it would change my life. It did but not the way I thought.

I ordered three pâtés and the waitress gave me a look like I was that stupid American who was completely over ordering. I than ordered a few more items and she gave a second look that was the Paris equivalent of the hand-slice-across-your-neck, “you are cut off” motion. I heeded her call and put down the menu. With the bases covered I sat back and sipped on my mid-afternoon Bourdeux awaiting the slow cooked, loaf pan stuffed, chilled than sliced goodness I was expecting. My bet was on the French doing what they do best in that I couldn’t get a half rate terrine in a super hyped French restaurant. I was right and of the three, all which were delicious, this boudin noir was exceptional. Pig blood and fat balanced perfectly with some spices served leaned against a fresh, simple, endive and frisee salad. With each bite I savored the texture and taste. When I thought I had enough, the salad was the perfect palette cleanser rebooting my mouth so I was prepared to once again dive into the deep purple deliciousness.

We arrived at the start of lunch and by the time we were done the whole restaurant was filled and there was a line of 20 waiting outside. Good tip by Ben to get there early. So, the hype was true. Le Comptoir certainly delivers on amazing French food but I can’t say I’d wait on line for it. Than again, Paris and I have a love-hate relationship. BTW-I did finish all three pâtés, the entire bread basket and the other half of Missus Tasty’s salad. I’d like to think that wasn’t an American of a move as it was Anello. We’re know to be gavones at times. (definition #2)