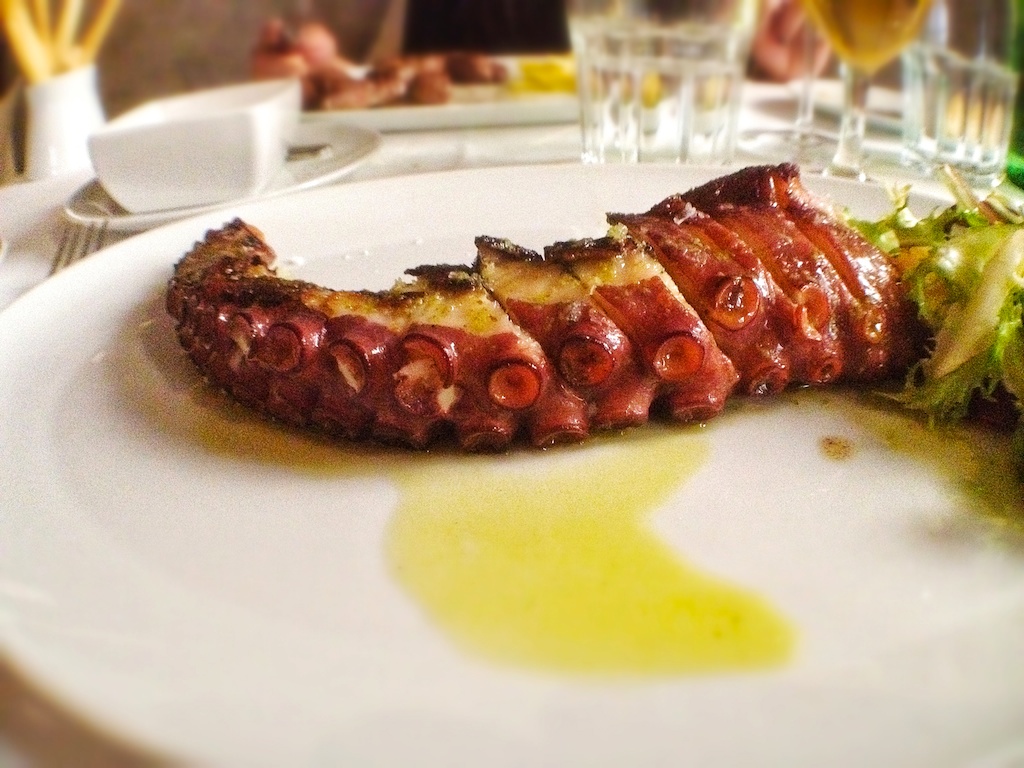 This lunch was affectionately known as Big Man lunch. I am posting it now because New Year’s Eve has defaulted to a home bound tapas reprisal of all things tasty in Spain for Missus Tasty and I. If Barcelona is new Spain than Madrid is certainly old world Spain complete with architectural importance and fashion backward modernism. As told by the mostly male patrons at the surrounding tables with their dark hair, deep voices and pressed suites, we weren’t far from the truth. Our small plates were super fresh, a misconception with old Spanish food for some. From the razor clams to the jamón ibérico to the above octopus, each dish was simply prepared and unapologetically bare. The idea that three ingredients can taste as delicious, if not better, than a dish with twelve components and five procedures is one that always inspires me.

To that end, simply prepared, small plates is how we start the new year. Not only does it tickle our tastebuds as we watch the masses in Times Square freeze while holding their bladders while waiting for that ball to drop BUT it cleanses the palette of life, clears the clutter of the previous year and starts us fresh into the new year. Some years it’s a group that gathers for the feast and other times it’s just me and the missus, as was the case this year. Either way, the ritual is one that reminds us moments of the past and happenings in the future at the same time. As we blast into 2014 all of us wish you a happy, healthy and productive 2014. Ole’!

All About That Broth, no treble

Forked with The Crane’s