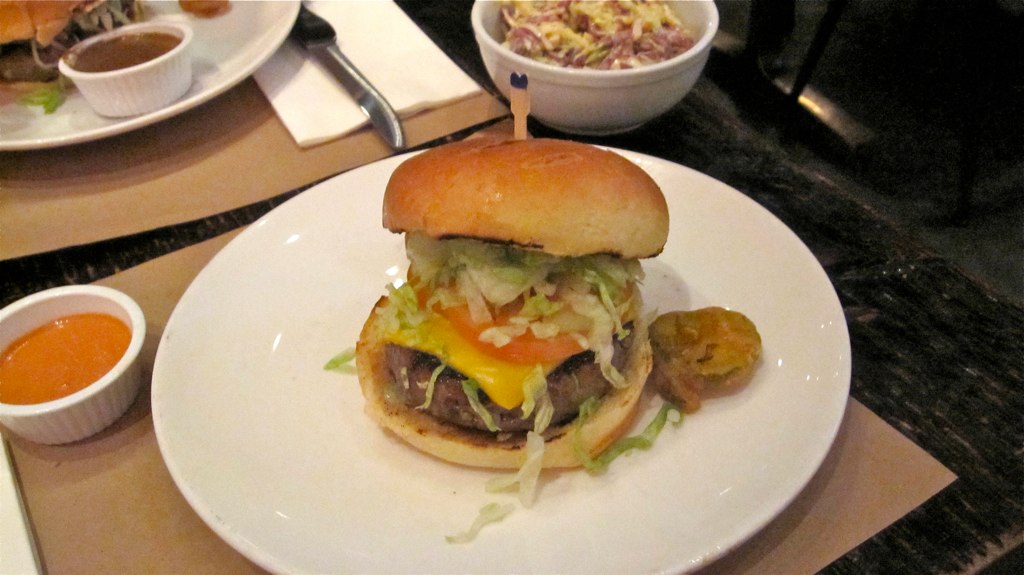 Before I left for the ship I had one last burger with Jay. This was going to be the last GOOD burger I ate for a while. The ship burgers are in a word, OK and nothing more than that. The next burger I eat that I will really enjoy will probably be in Ketchikan Alaska at Burger Queen. So I need to get my fix before I left. Jay took me to Stand 4, which I had never been to before but Jay has been many times. It was good and we had a little coleslaw with it. We ended with some shakes. We both were quite full after the burgers but both wanted a shake. What Stand 4 does that fit out appetite perfect was they make half shakes. I had a Pumpkin and Jay had the Honey Lavender Chocolate. Both were really good but I was partial to my Pumpkin. It was really thick. The kind of thick that makes you have that face when you are trying to suck a shake through a straw. You know the face I speak of.