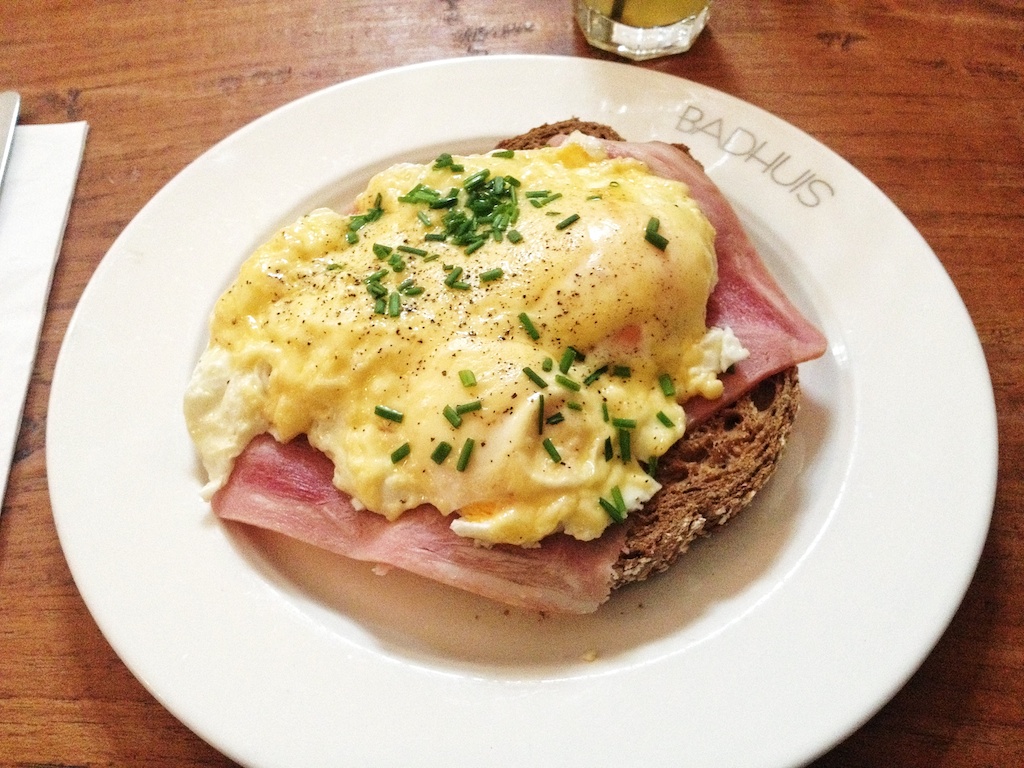 Breakfast in Europe can be disappointing. Especially for an American raised on bacon, egg and cheese sandwiches with a side of hashbrowns. Luckily, in Amsterdam, I can scratch that itch in more places than one. My spot of choice is an old bath house that was converted to a restaurant in the 90’s. The menu is light and simple. My ham and egg breakfast toed the line of American and Dutch perfectly by abolishing any guilt for not eating “local” food and satiating that Long Island deli HEC reflex. NOTE: HEC=Ham, egg and cheese. It doesn’t hurt that it’s also steps from my sister-in-laws apartment making for those heavy ‘Dam nights post-morning recuperation that much easier. As mentioned last week, that wonderful eater of a sister is tying the knot to my new, best, Dutch, buddy Bob this Sunday. So, this plate has a little dedication and serendipity in addition to the tasty.