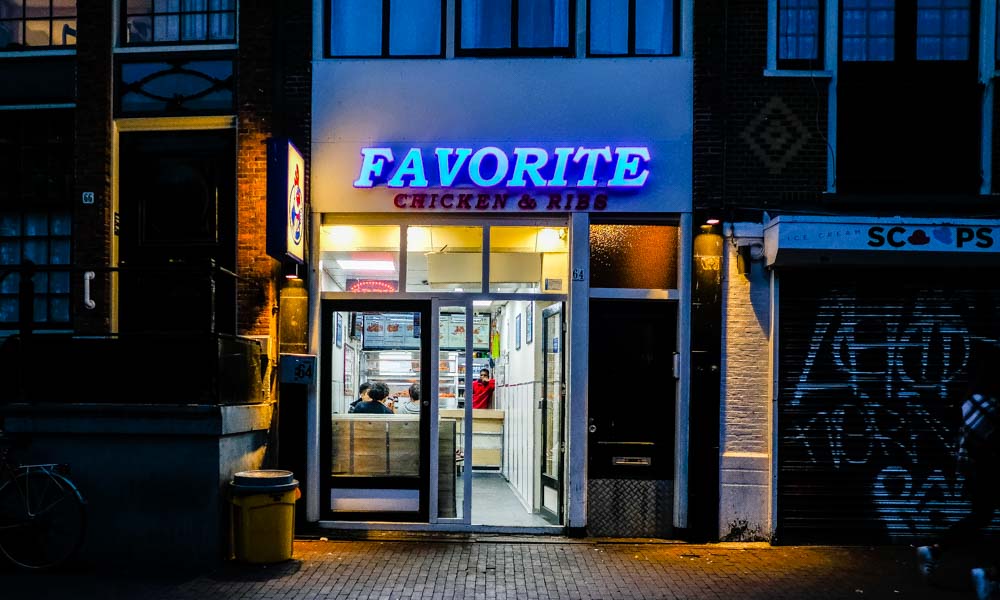 The Warehouse, The Island & The Turks

My trips to Amsterdam are not of the usual American-in-legal-Marijuana-Prostitution-country kind. In fact they are anything but. In my last two trips to this original New York, I have not even seen the red glow from the narrow allies of the Red Light District and rarely whiffed the tell tale scent emanating from a coffee shop that doesn’t sell coffee. What does happen on my visits is of the hyper local sort. Amsterdam is the international city I have the most “insiders” pull in because my sister-in-law and brother-in-law call it home. Each time I visit I leave with a locals only experience. This trip was no exception. What follows is the break down of three of these such moments. The first a mad underground party spot. The second, one of the best dining experiences of my life. Lastly, a sub-culture with a strong hold on Amsterdam.

Situated on the outskirts of the main canal, the warehouse was not my Uber drivers typical drop. Skeptical he pulled into the paved driveway and slowly drove past the giant steel building with massive numbers painted on the side. When we reach number 4, my sister-in-law was sitting on an old 50 gallon drum texting her friends with last minute party details.

The interior was a series of makeshift, artist studios primarily defined with shipping containers. On top of the reclaimed steel boxes the tenants built office lofts while the containers themselves functioned as work shops. For a decade I have been jonesing to build something from containers with no bites from clients. This was a prime example of the vision I had for such a project.

The front of the space was a large foyer area that held a series of old chouches and arm chairs. This would be the space we converted for the party. How we got access to this incredible space was as local as it gets. A friend living upstairs from my Amsterdam relatives has a workshop there. Done, as long as he could come. The conversion from workshop to rave would take us no longer than 60 minutes. After that we just waited for the sun to dip below the horizon and fire up the DJ booth.

The night ended at 6:30am, pre-sun but still deep into the morning. The space served as the best host for what felt like a truely local, once-in-a-lifetime party experience. In fact, I later found out that the warehouse was sold and, like many other parts of Amsterdam, has been slated for new residential housing. As we see in the states, much of these underground spaces fall victum to the skyrocketing population and social-economic trend to live in cities instead of suburbs.

In the opposite direction of that last statement, an island only accessible by one boat to feed a set number of guests seems like the antithesis of over-crowding. It WAS and it was charming. The blurred line of dinner and experience is growing with every foodie IG post, celeb chef pop-up and Queen of the Night inspired menu. I love to see this because it means restaurants like Vuurtoreneiland will continue to thrive.

The boat ride provided our first course and a picturesque journey to the old military base that was the islands primary purpose until the airplane was invented. 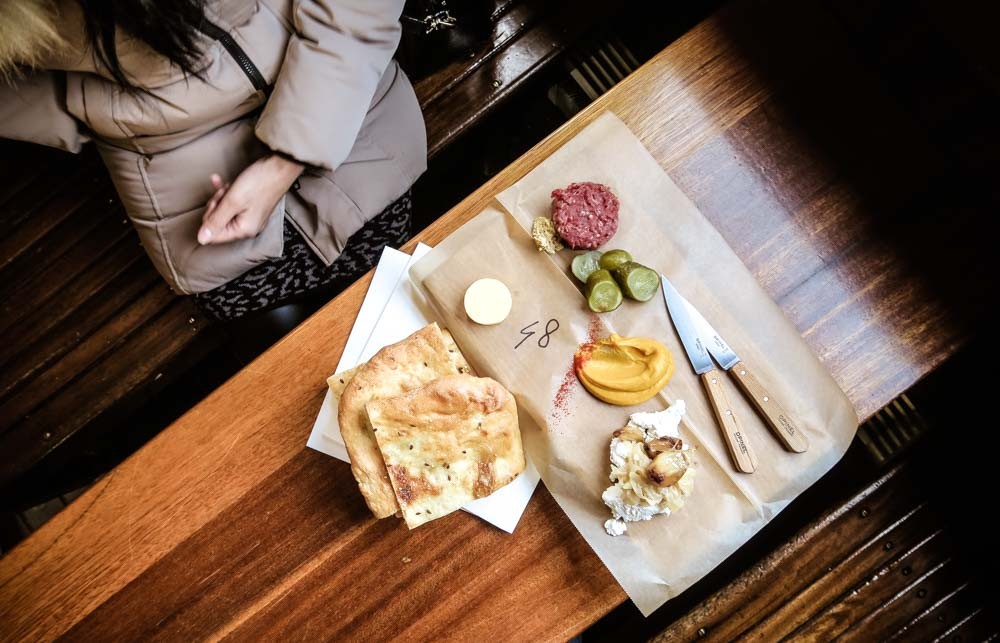 Once on dock, the three chefs greeted the 40 of us as we disembarked and began exploring the island. 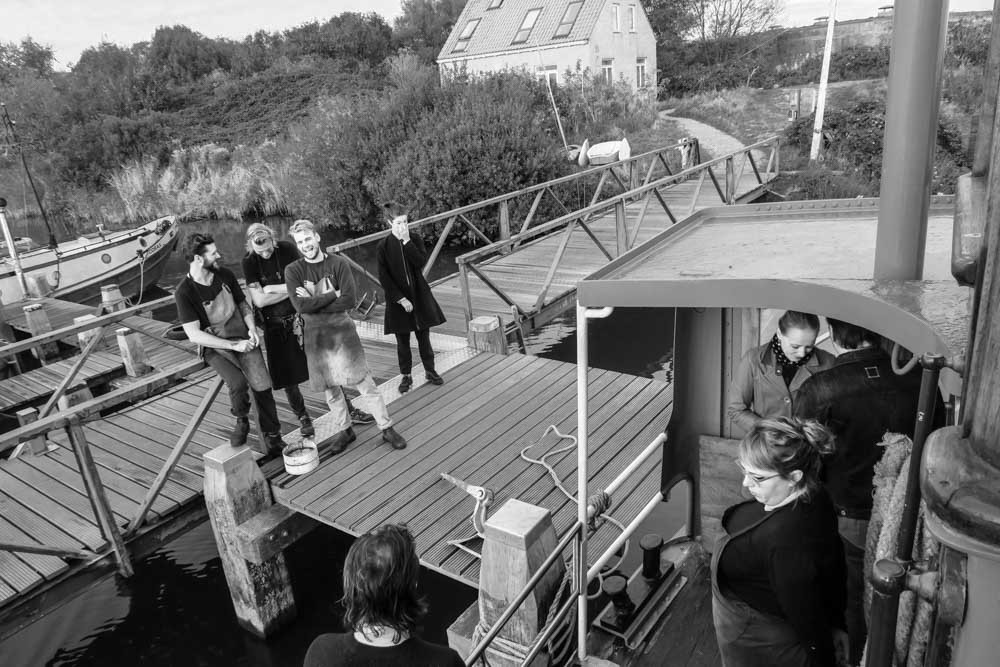 A bluff lead ups up to the far side of the island where the summer dining room (closed for the season) was erected. A heard of sheep made their presence know a few meters away by trotting to the top of a second bluff. 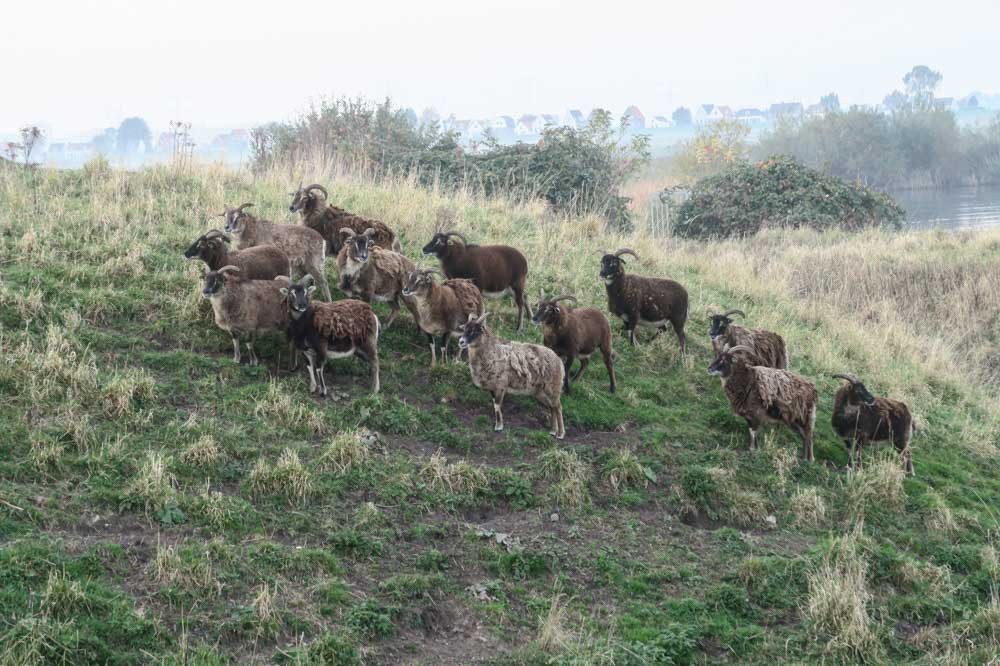 Finishing our exploration we arrived at the renovated bunker to investigate the controlled char of the barn before entering the bunker foyer. 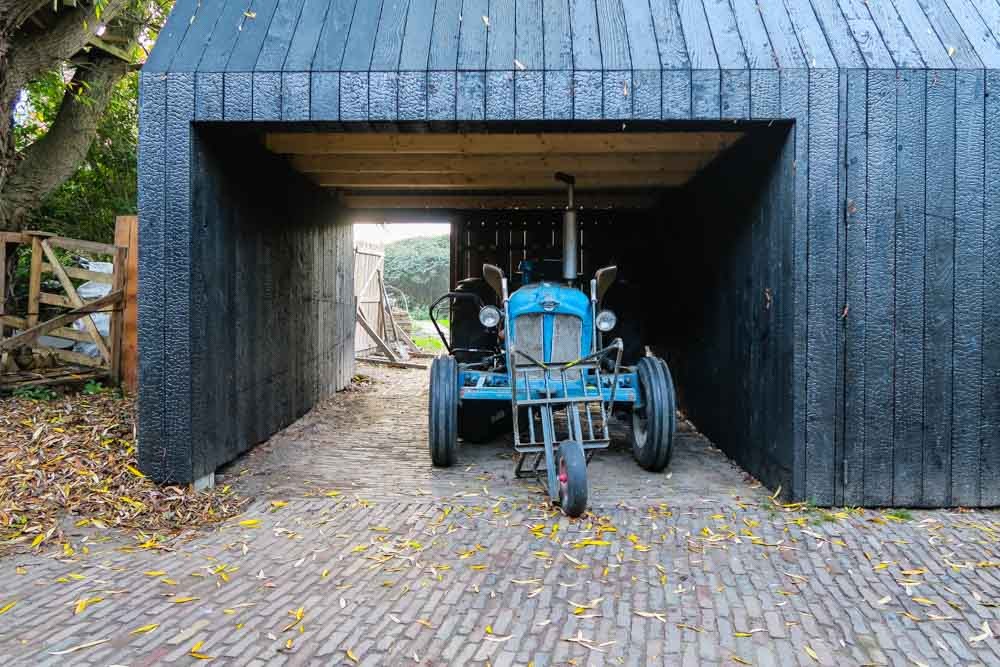 A labyrinth of hallways and rooms left to us to navigate our way to the coat room and then into the wood fired kitchen where our second course of oysters, marrow and potatoes awaited us. 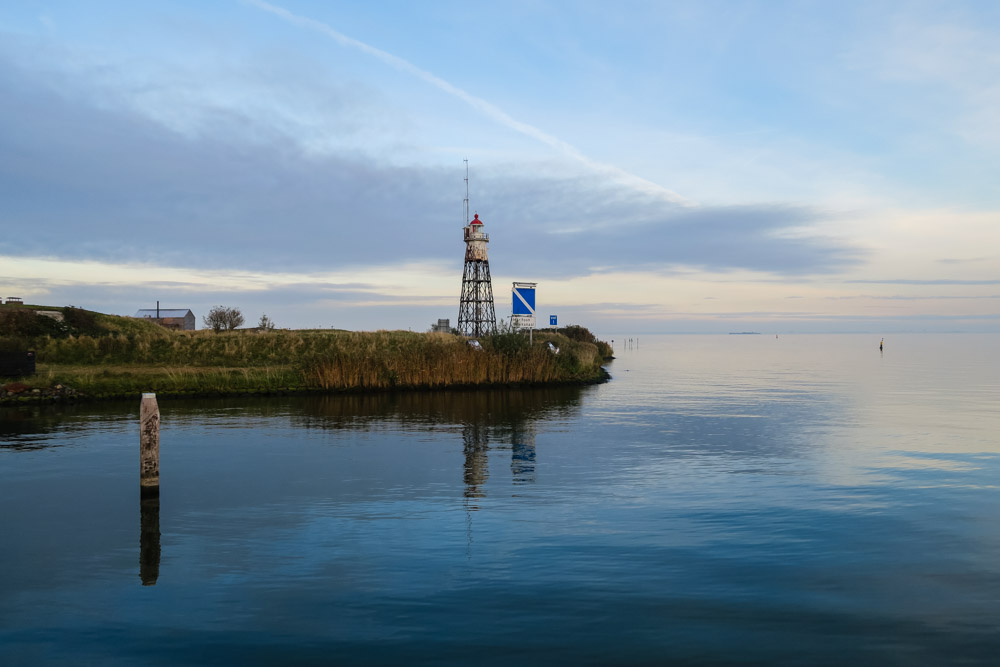 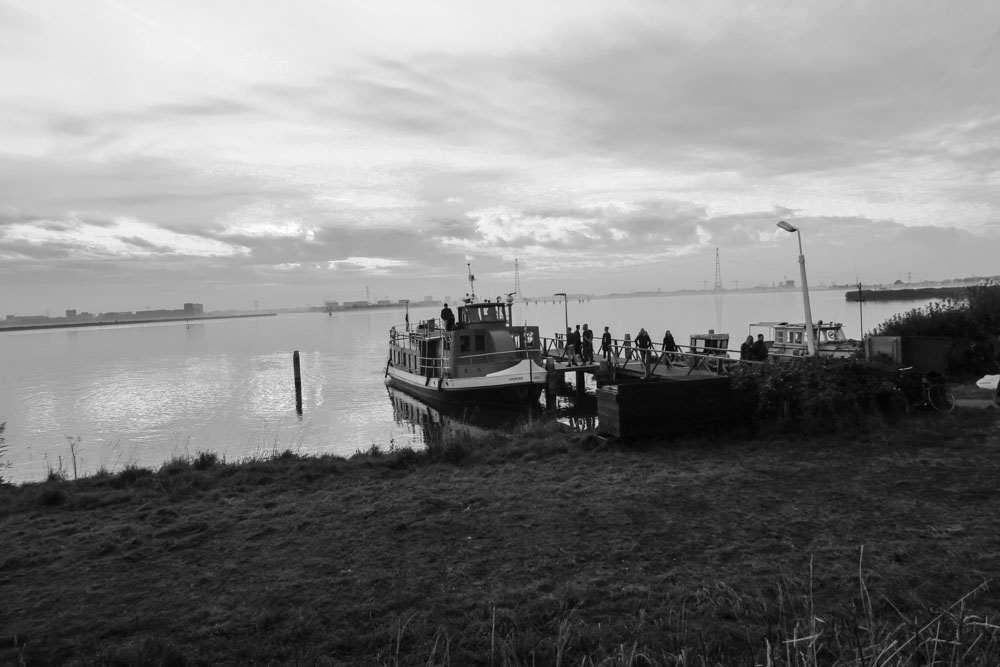 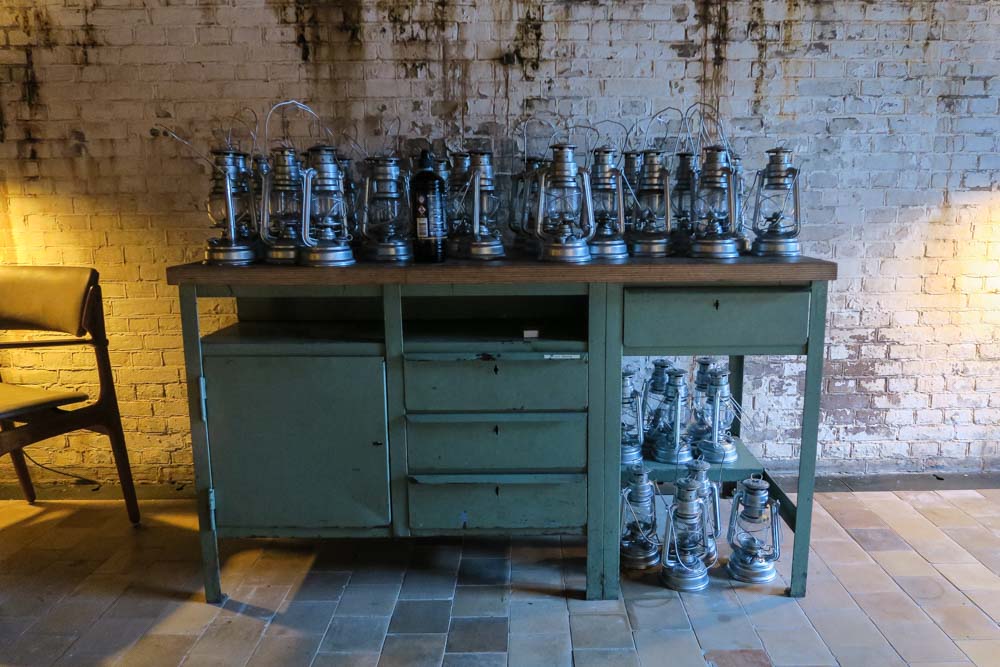 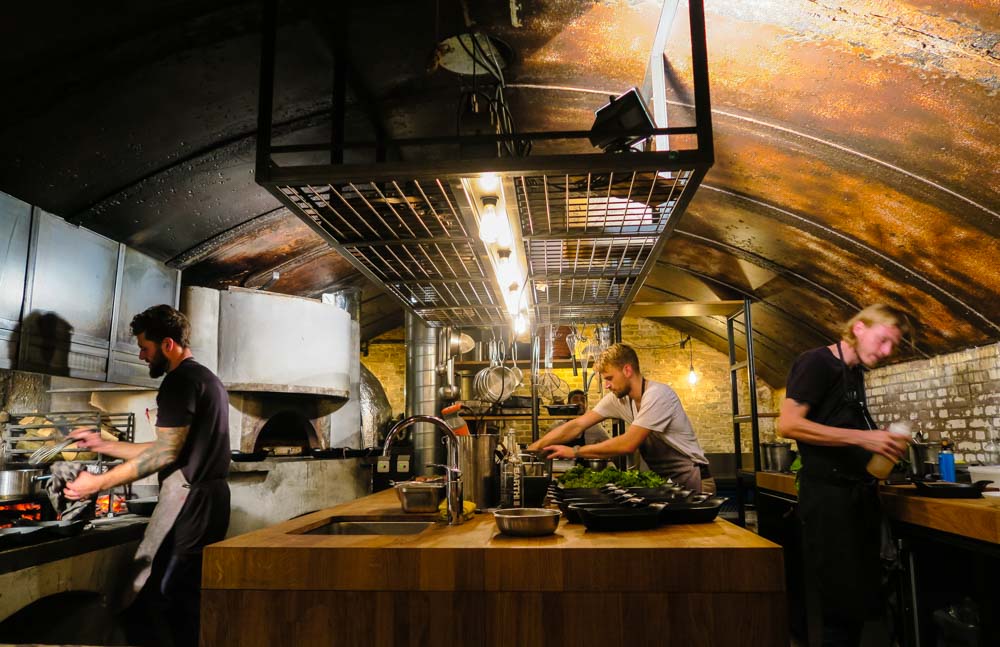 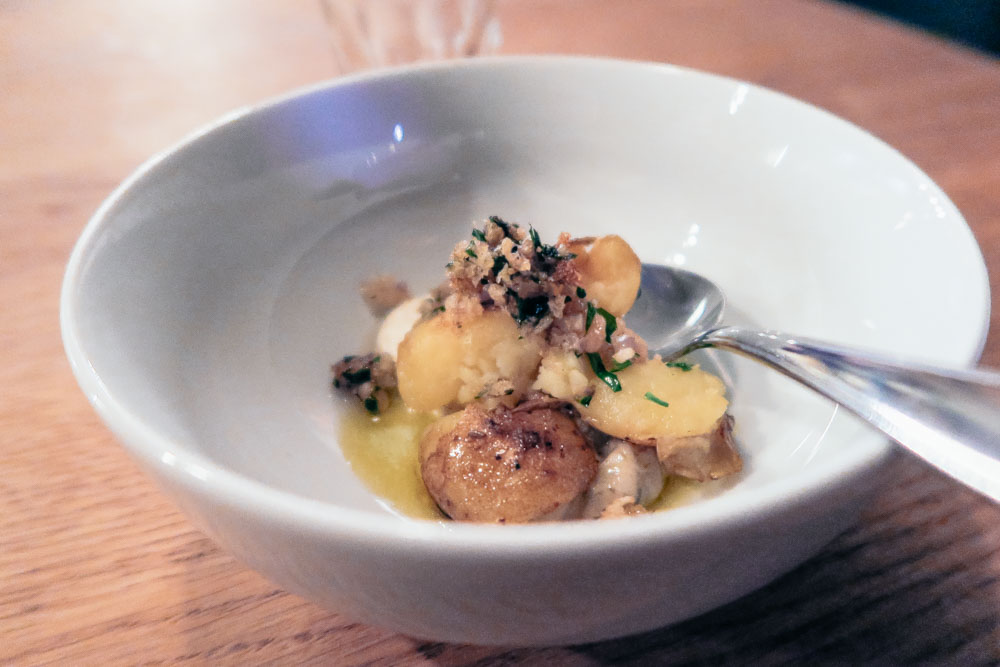 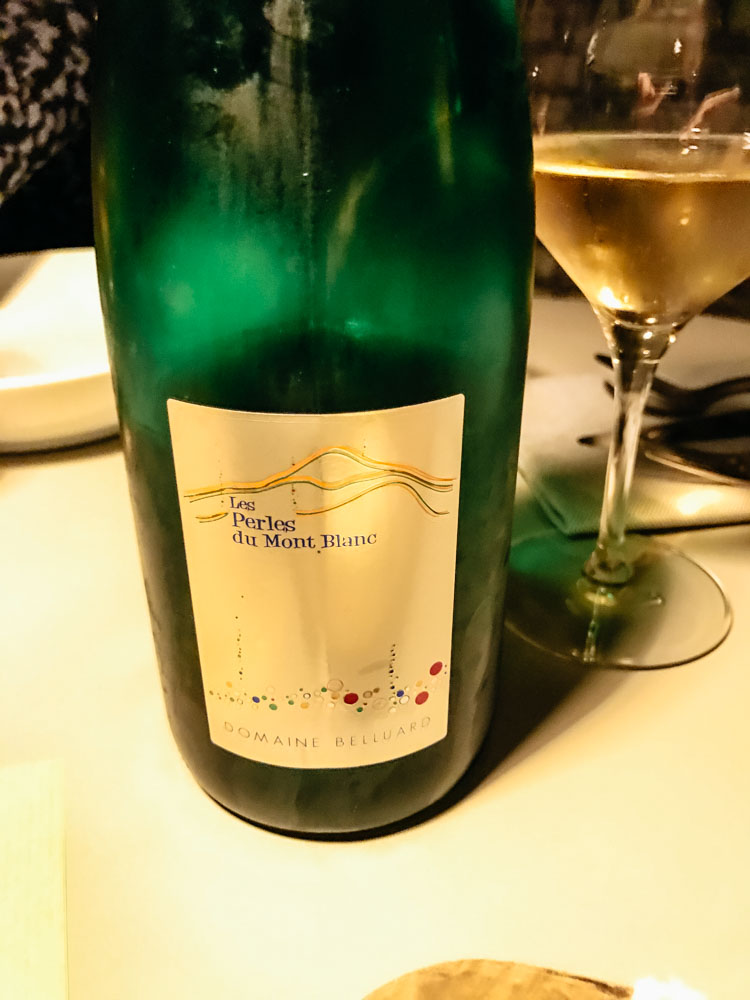 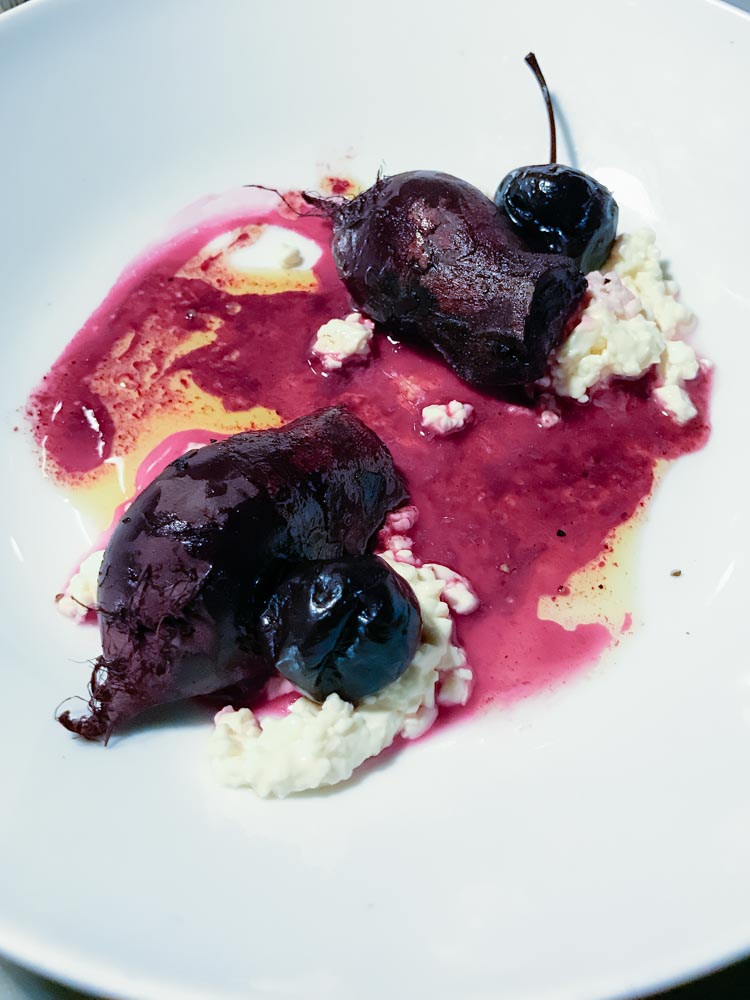 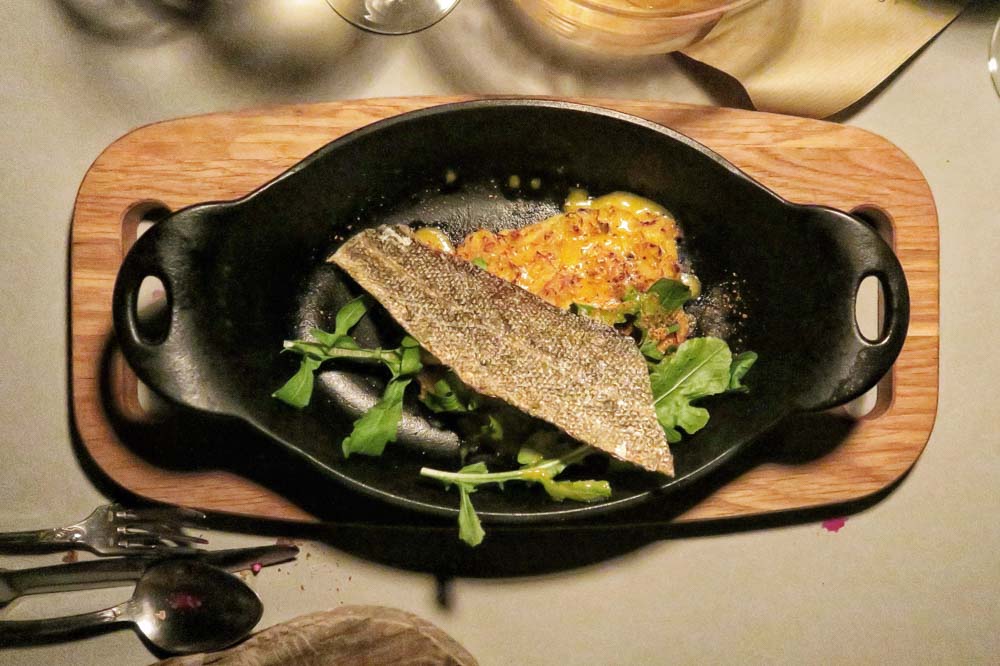 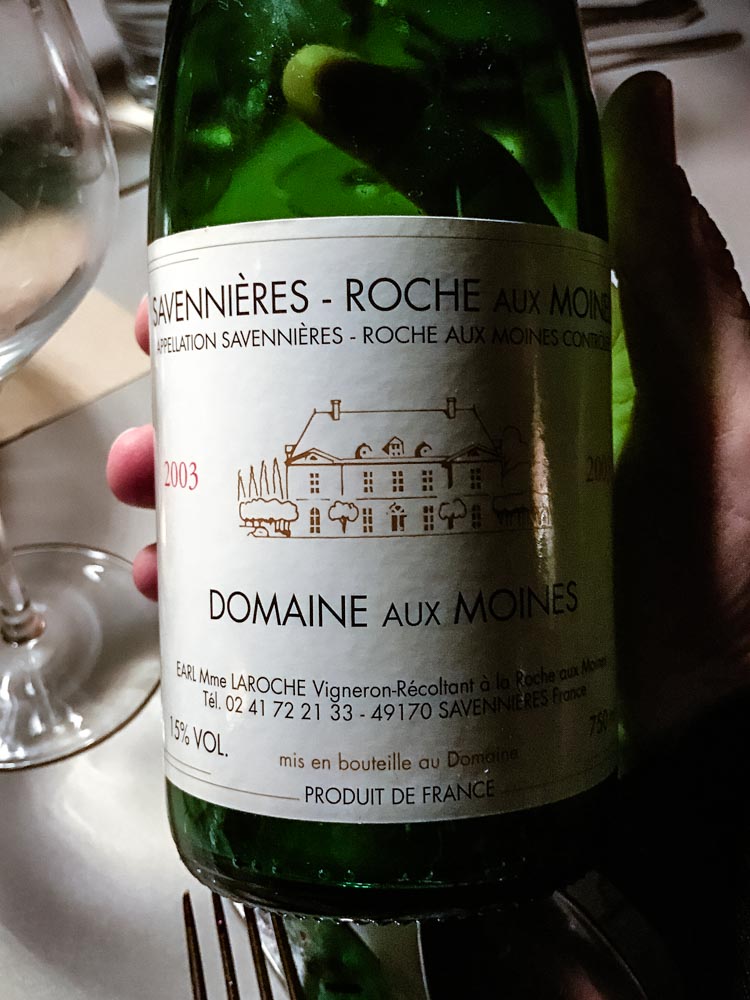 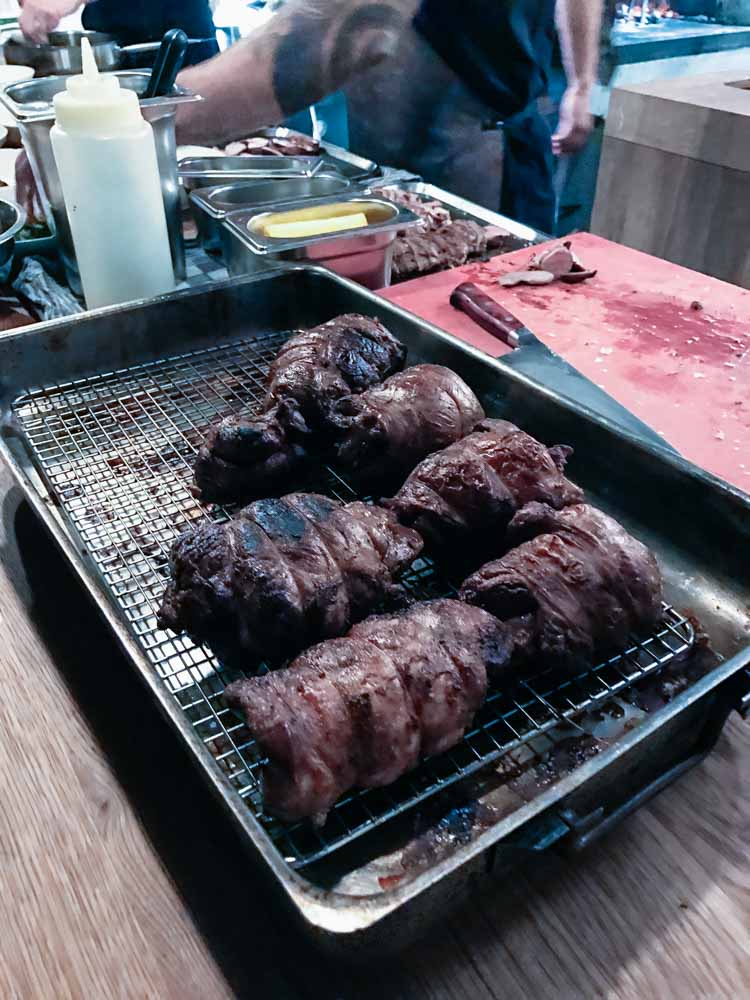 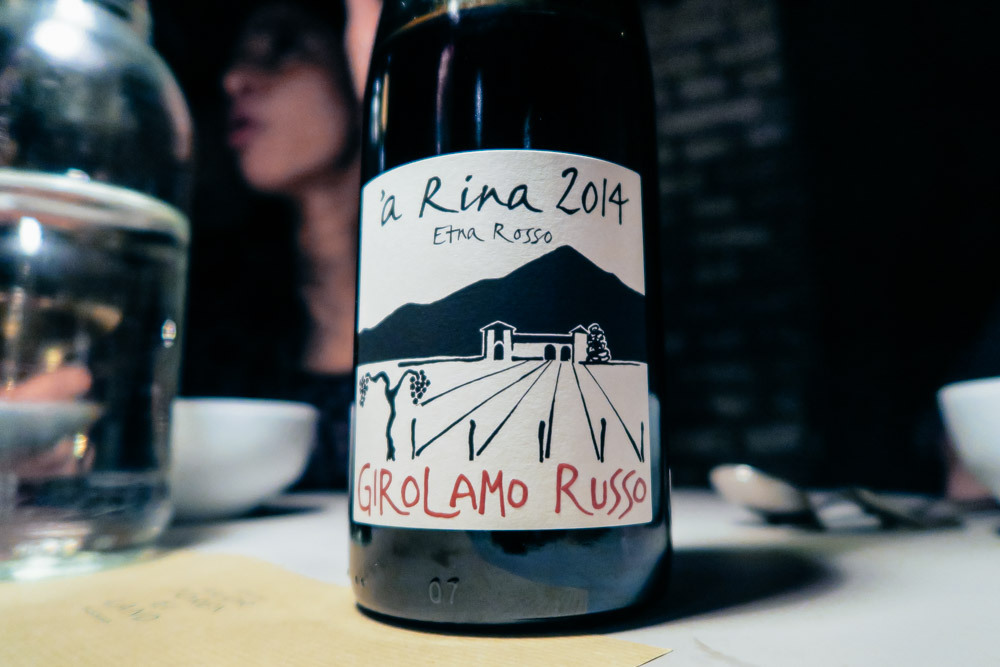 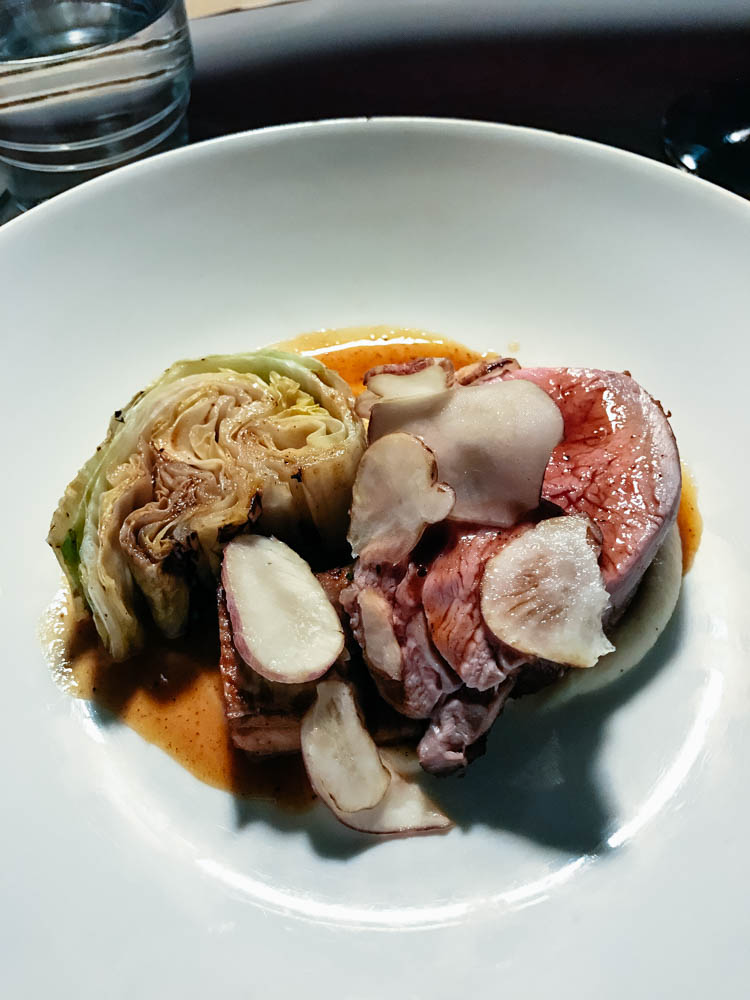 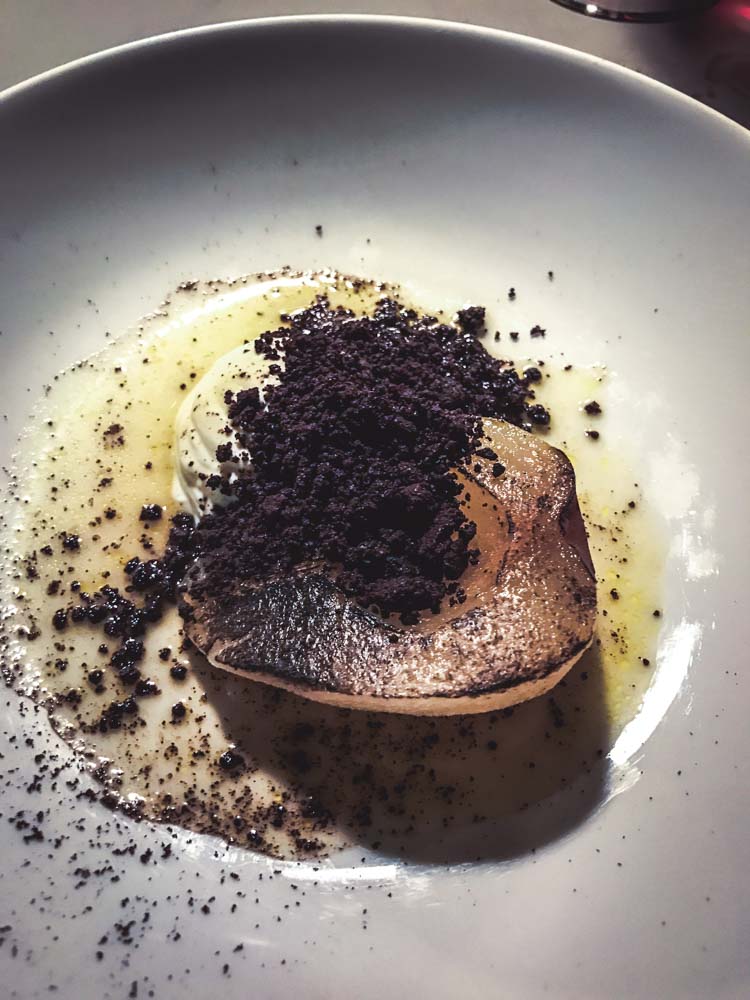 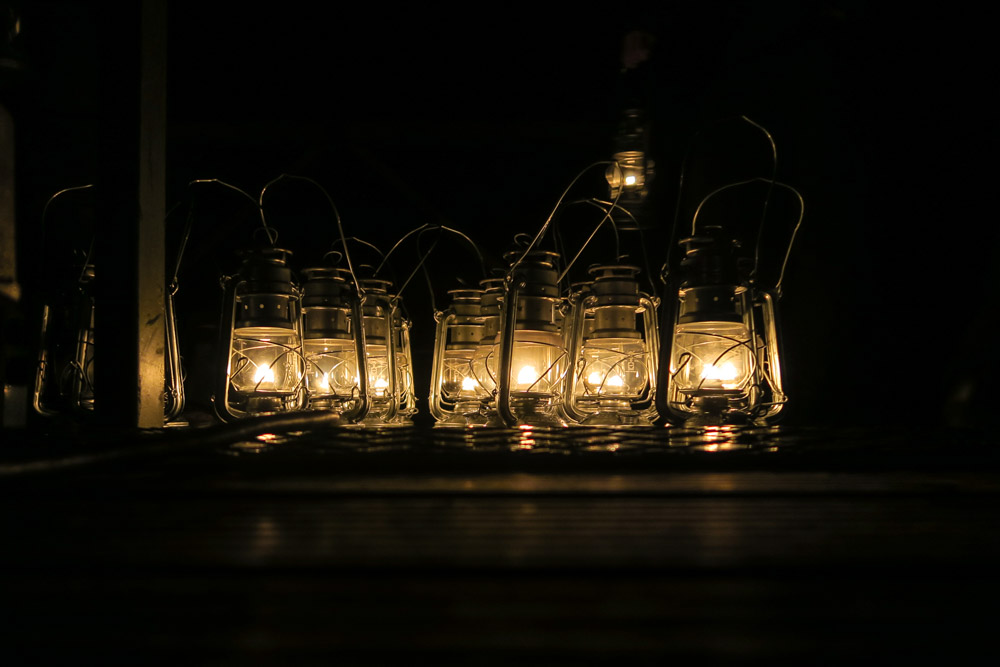 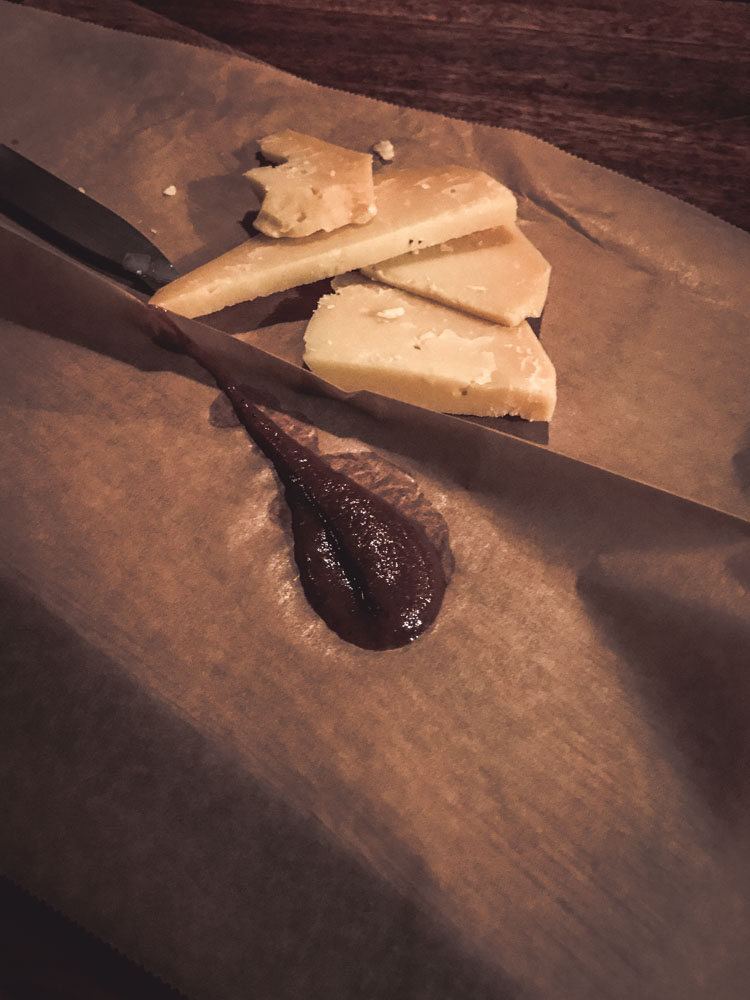 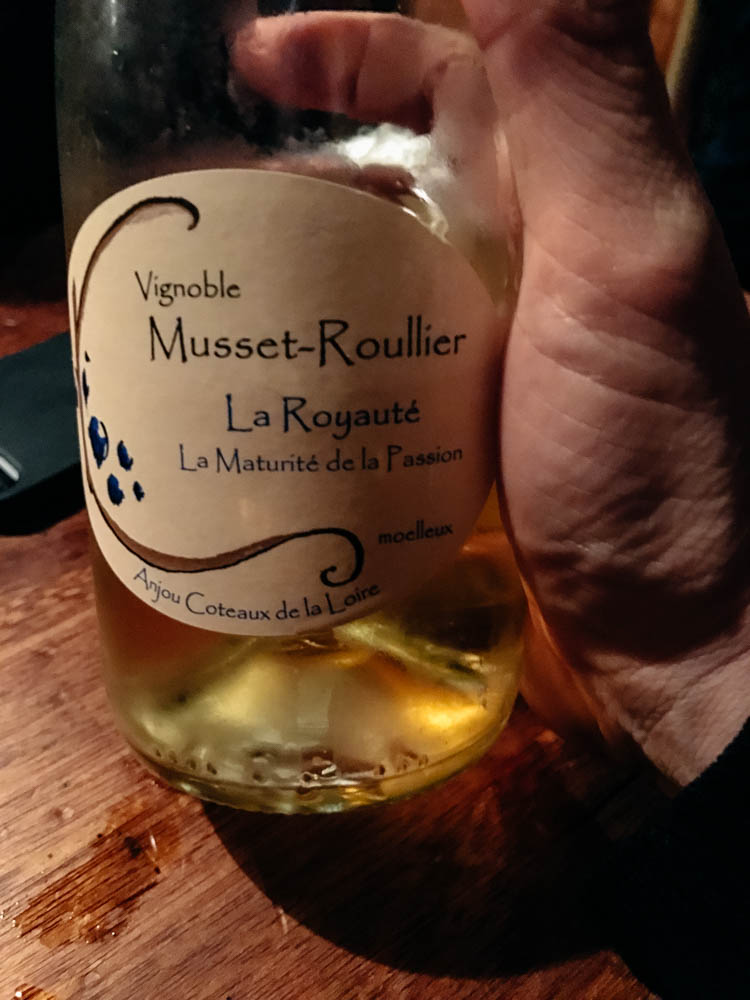 The above is a slide show of the evening with most of the courses and wine pairing included.

Mesmerized by the wood orchestrated heat levels and the chefs prep I was prematurely pulled from the kitchen to be seated at our table, a round 4 top in another impeccably renovated bunker. I took my seat amongst my wife, brother and sister and a waiting, well chilled, bottle of prosecco.

Course three, four and five arrived as we ate, drank and talked through them. The glowing arched bunker provided the gezelligheid (a dutch term meaning cozy.) After our final bite of lamb and drop of wine was enjoyed, we were each assigned an oil lamp to guide us back through the dark night to the dock and board the boat for our return journey. This time we sat inside at a table that was pre=prepped with a cheese board and a final bottle of dessert wine.

Food always tastes just a little better when your surroundings match the menu.

Arriving back at the dock, we stepped off the vessel and onto the mainland. It’s cliche but it felt more like stepping back into reality because the past six hours were a gastronomic journey into what felt like the past and future simultaneously.

I boldly profess this “a best food experience” because of the isolation, attention to detail and incredible hospitality we received through every moment of the evening. Food always tastes just a little better when your surroundings match the menu.

I later found out this reservation is very hard to get. To say I was lucky to get a seat is an understatement. I had a lot of local help and the head honcho-ess is part of the extended family. This is to say that this is not something easy to experience but if you have the foresight to book ahead, I highly recommend you try and snag a seat on the boat.

The street market that runs daily down the block from my brother and sisters apartment is a myriad of clothing, food and electronics. The items reflect the mostly Turkish residents of the neighborhood as does the bakeries, groceries and garment shops that line the backs of the market tents.

The Turkish influence in this neighborhood is so strong that it’s sometimes hard to find the Dutch. The history of Turks in Holland is sorted. The first immigration was due to an interesting moment of supply and demand. A Dutch labor shortage in the 1950’s due to many leaving the country coincided with a high population and low GNP in Turkey which resulted in historic rates of unemployment. A deal was struck between the two countries to employee Turks and end the Dutch labor crisis. Today that equates to over 400,000 people of Turkish decent living in Amsterdam. Turkish culture can be found easily and authentically all over Amsterdam. For a more in-depth history I found this paper to be very informative.

Regardless of how and when they arrived this sub-culture strong hold has had profound effects on Dutch cuisine. Much as the Indian and Suramamese populations have done, the cuisine can be found virtually everywhere in Amsterdam. Much like the curry houses of London, visitors may soon confuse a doner kebab as the national dish instead of bitterballen.

In a short 4 days I reacquainted myself with the canal divided neighborhoods of this beautiful city thanks to the local button I press every time I land in Schipol. I realize many of you want a button of your own. Short of marrying off my sister-in-law through a polygamous situation, I’ve updated my map and guide to the Amsterdam hit list. Google Maps now has an integration where you can download this right to your maps app. So, in a sense, there’s your locals button.