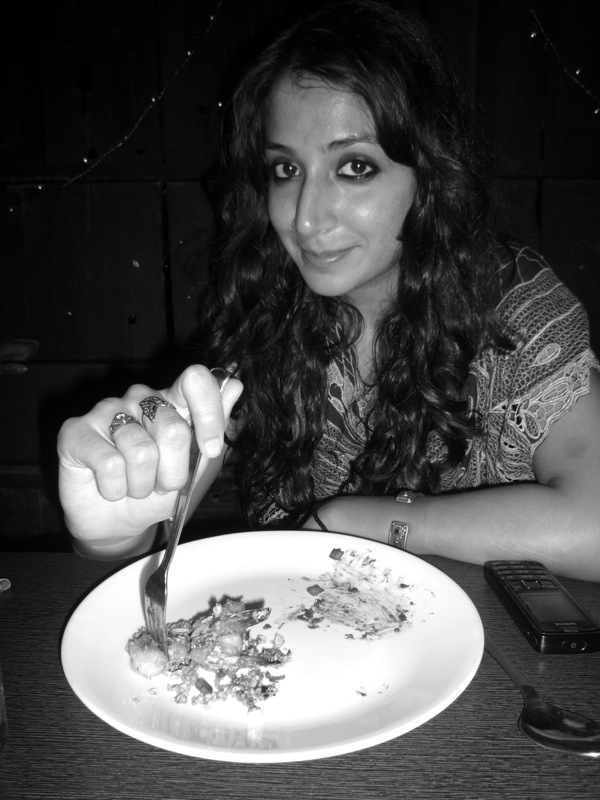 When I first met Shaa’ir I was stuffed in the back of a van in India, cars were wizzing by on my right and a gaggle of kids were grouping up on the right. She poked her head in the passenger door to say a quick hello before we headed out to our next video shoot location. Shaa’ir(Monica) is one half of the Mumbai based electro, funk duo Shaa’ir + Func.

A few days later the shoot was completed and Shaa’ir, my video director/producers and I headed out for some Diwali partying.(Func had to run off to a gig in Australia) But, before that we hit some grub. A chinese restaurant in Bandrha would do the trick. Shaa’ir ordered up a bunch of dishes and we all dug in.

Shaa’ir has a beautiful voice and a welcoming energy about her. She has an interesting story in that she grew up in the United States (did her time in NYC) but then moved to Mumbai because she felt the creative energy there was what she needed. Over the few days I hung out with her I could sense these two sides to her. On October 25th I realized why I had such a strong feeling of her character so quickly. We both celebrate that day as our day of birth. Although almost a decade apart scorpios know scorpios. Rather than me try and explain all this more, here is the final documentary we were filming of both Shaa’ir + Func. It will fill in their story much better than I could.

The Art of Being Comforted