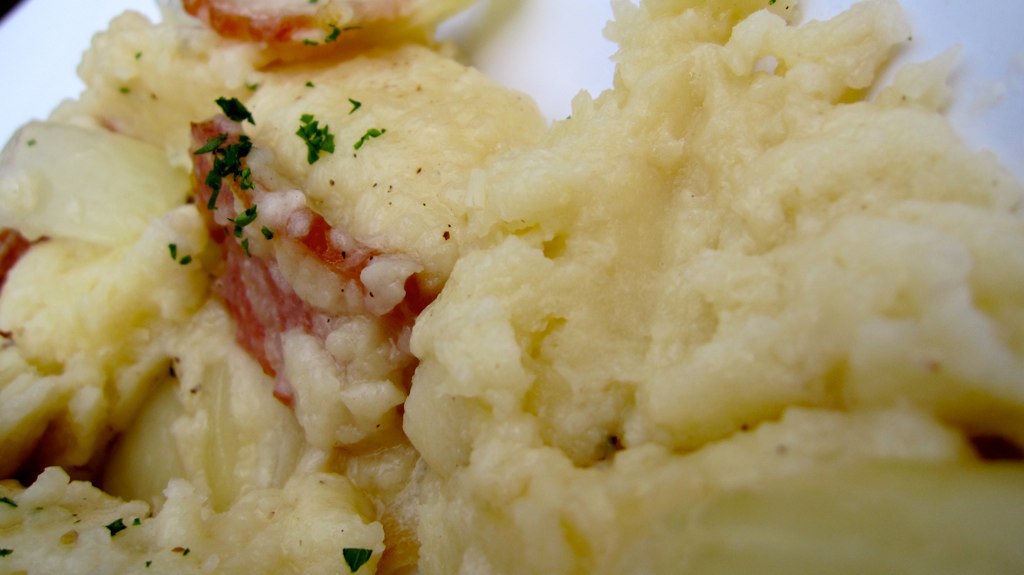 In Sanya China our goal was to hit the beach for a little while. We got in a cab and the cabby was supposed to take us to a close beach. The cabby kept driving and driving and driving. We must have passed about 4 beaches and we still were not where he was thinking of taking us. Finally we had him just pull over and we walked across the street from a bunch of hotels and plopped down on the beach. There was a little Tiki restaurant on the beach and it was the only thing around that was close that had food. This Tiki restaurant mainly sold Italian food. Italian food is the last thing I wanted on the beach let alone having Italian food in China. I should have known this was a sign of a crappy meal. The menu was interesting. It let me pick the noodle and the sauce for my pasta. I decided on a gnocchi Carbanara. Sounded great when I order it….then it came. I honestly had no clue what I was eating. The gnocchi was so large and it was totally a moosh festival. It was horrible and I ended up having to share the pizza my friend ordered which was worse than a frozen pizza. The only thing that was nice was the blue drink and the beach was right there. Ugh, Italian in china… never again. To make matters worse, the cab driver back to the ship kept putting his hand on my leg. The cabby kept laughing and I was also at first but after 4-5 times I had enough. Then he wanted my sunglasses and kept asking me for them. Getting back to the ship never felt so good.