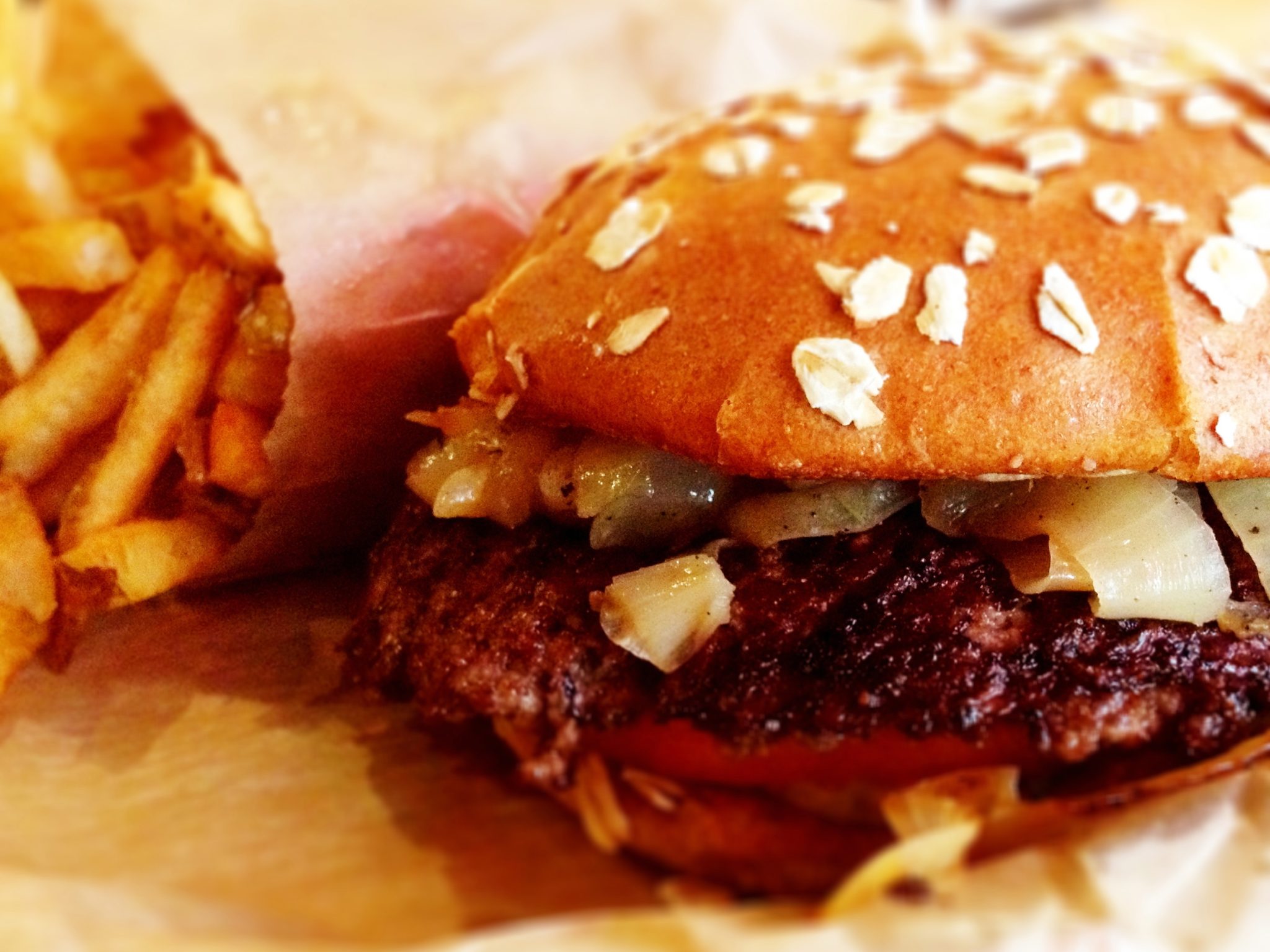 Not Ditka’s Chicago anymore. Winning awards has never been my thing but I found myself in Chicago to accept one Manifold won for our Sungevity Ice Pop Truck. To celebrate I awarded myself with a meat focused sandwich tour.

Epic Burger: A new chain that’s popped up in the mid west. Epic boasts amazingly fresh, human and organic ingredients right down to the ketchup. The simple menu and grilled burgers keep it somewhere between a shake shack and an Unami burger. The royal like paintings that adorn the walls play into their namesake and give a fun vibe to the whole experience. A good hit next time you are heading between your hotel and some award ceremony anticipating a poor banquet dinner. Epic will tied you over until post ceremony drinks begin.

Grahamwich: I’m not the biggest fan of this spot for lunch and trust me I tried to LOVE this place. The branding rocks, the design is killer and the sandwiches sound fantastic. It’s the taste in execution that has disappointed me. Breakfast is a different story. Two amazing things. The pastrami croissant breakfast sandwich hits the spot by twisting up the standard ham and cheese version of this French morning delight. It will hold you over straight through early afternoon too. The more amazing of the two was actually the to-go coffee vessel. A disposable press pot with plunger and designated plunge time arrived with my sandwich leaving me very impressed with my meal. Sometimes it’s the little things that go a long way.

The Publican: Paul Kahan knows what he is doing. Any of his restaurants are amazing from food to design to service. Avec and Blackbird were my favorites until I managed to squeeze in a late meal at The Publican, his first of the dynasty. Among other amazing dishes I had a beef heart that changed my life. Who would give beef heart much of a thought other than “It’s weird. Let’s try it”. Push that from your mind. I’m not sure how he does it but the y manage to make this heart taste like a slow braised piece of meat. Then they slice it nice and thin so it almost melts in your mouth. Next time you are in Chi-town get to The Publican. Over order and taste the magic they create.

David Burke Steakhouse: The cleverly named Burker is made with aged beef from their massive in house meat locker. It’s ground in house and grilled to perfection. Regular readers know Ant and I have tried our share of burgers and we are pretty cutthroat when it comes to taste, size and condiments. This burger didn’t disappoint and there are a few reasons why it ranks very high in the best burgers on earth. The fresh brioche bun to meat ratio was 1:1, always a plus when dealing with bistro burgers. The simple condiments were fresh and crispy but the list of available additions was unique and complimentary. The big reason lies with the meat itself and that is exactly where it should start and end.

If you visit, ask to take a tour of the aging room. They will be delighted you asked. It’s built with one wall entirely made of salt bricks to keep the room at proper temperature and salinity. Yes, salinity. The idea of aging meat is similar to making salami in that you dry the outer part of the meat under control to inhibit bacteria growth. that’s where the salt comes in. Bacteria hates salt as any of our pioneer brothers and sisters could school us on. By keeping the room with salty air the meat dries but does not rot. They keep their shelves organized by cut and then by days aged. The max being a 75 day aged ribeye. Everything is dated and tagged and your tour host will point out to you the different ages. They even have a few pieces that have been aging for years to show what happens as the meat dries out day after day. The flavor quality intensifies the longer it sits in the aging room. Think about reducing down a liquid, maybe balsamic vinegar. As you boil off the water in the vinegar the flavor intensifies. Same thing with meat. Once aged to perfection they slice off the outer dry parts and reveal a tender, flavor-enhanced cut ready for restaurant patrons.

For the burger they use 40 day aged chuck. Grilled medium rare makes for a juicy burger that retains the aged taste allowing your palette to explore the finale of this age old process. Skip the cheese as it will compete with the aged flavor and who would want to interfere with so much work in the aging room. Beef heart at The Publican