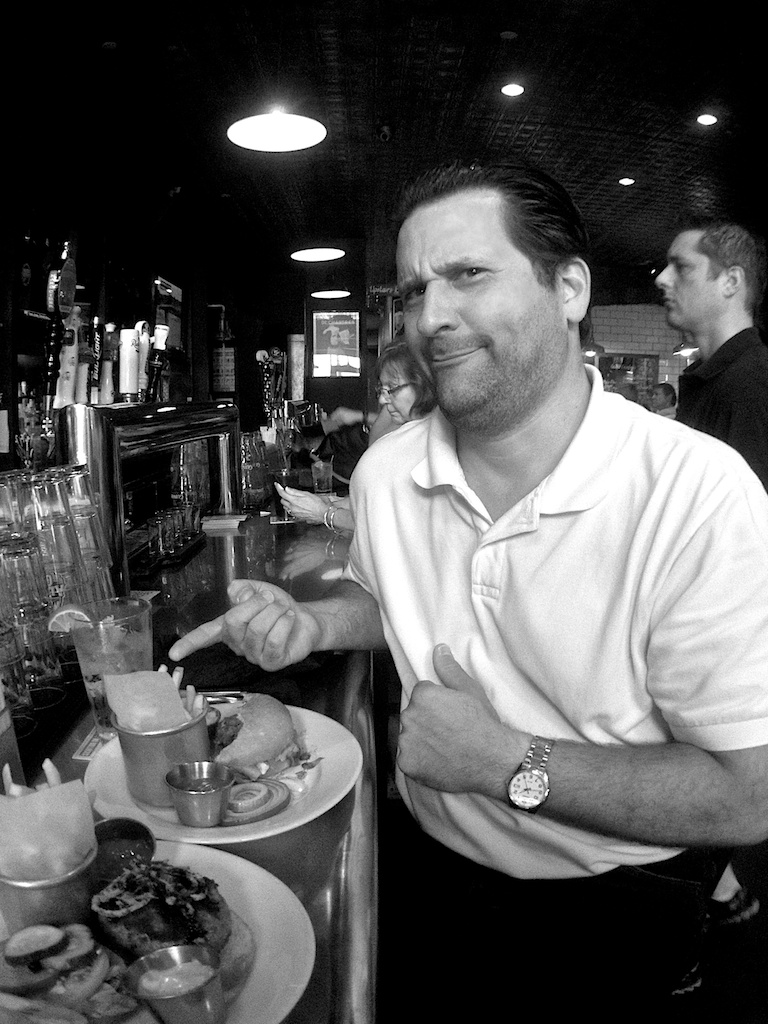 Joey and I are what you call goombahs. It took no more than 30 minutes for him and I to bond a friendship that centered around food, Italian-isms and retouching. Yes retouching. I was still a green, 22 year old kid trying to make a life in advertising. We’re talking 1997-98. On day three of my new job I was walked one floor down to our sister company, ICON Digital Photography. Joey was the in-house retoucher in a medium that was in it’s infancy.  Noone shot digital in ’98. Joey could take an image and have a final hi-res file ready for layout in under an hour from the snap of the camera. Of course the industry still had to catch up to that level of speed which left Joey and I with some time to chat about things like Chicken Parm (while eating chicken parm), colon cleanse, his mother’s fig tree in Brooklyn and many other randomly, interesting topics. For a while, “family” lunch down at ICON was my favorite part of the day. Fast forward 16 years. Joey now works at DC Entertainment (Yes. Comics!) as Director of Original Material & Periodicals while holding watch over The Late Show’s Studio out his Broadway facing office window. After too long of a hiatus from those lunches in the 90’s, Joe didn’t miss a beat taking me to the Three Monkey’s Bar for his favorite lamb burger in NYC. Goombah’s foreva! Here’s more of what he had to say about dinnertime, a ritual he holds in as high a regard as I do.

My Grandmother, Margaret Campagna. I would speak perfect Italian. I have so many questions to ask her.

Joe picked Three Monkey’s Bar a relatively locals midtown bar if there could be such a thing. Always in-the-know and with an opinion, he directed us both to the must “must order” lamb burger. It was…well…Fugetaboutit.