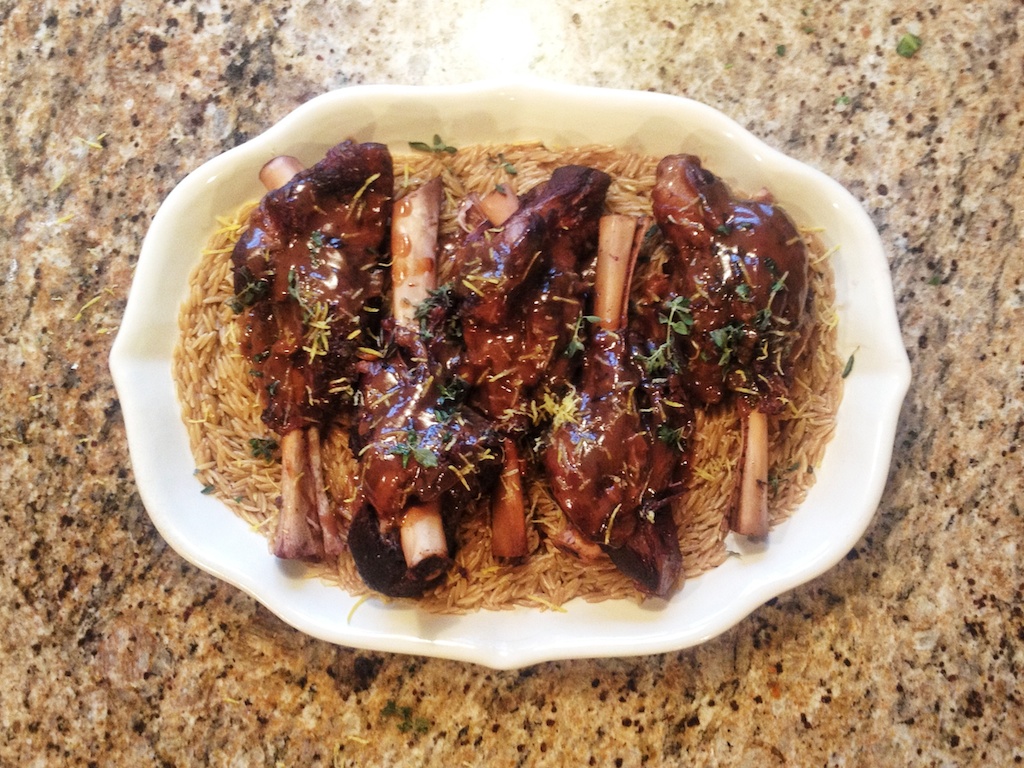 Easter was the perfect opportunity to try a long awaited meat dish. For some reason I’ve been looking for the time to make braised lamb shanks for about a year. After doing my recipe research I settled on a braising liquid of red wine and beef stock. I started the pot with the standard carrots, celery and onion but added in some lemon zest and marjoram for a little freshness. Before I sent the shanks to braise I seared them off with some salt, pepper and spanish paprika hoping that smoked flavor would come through just a touch in the meat once done. Three hours later I had fall off the bone (Almost. You don’t actually want the meat to fall off the bone for aesthetics and portioning.) shanks ready to be devoured. The final step was the orzo and sauce. I split the braising liquid in half. The first half was reduced down to make up the sauce. The other half was used to hydrate the orzo. The result was an epic-ly awesome, rich like Helú, tender like Elvis, lamb shank mixed with a flavorful and soft orzo. Thank you easter bunny. Bock. Bock.

In ‘N Out of My Mind