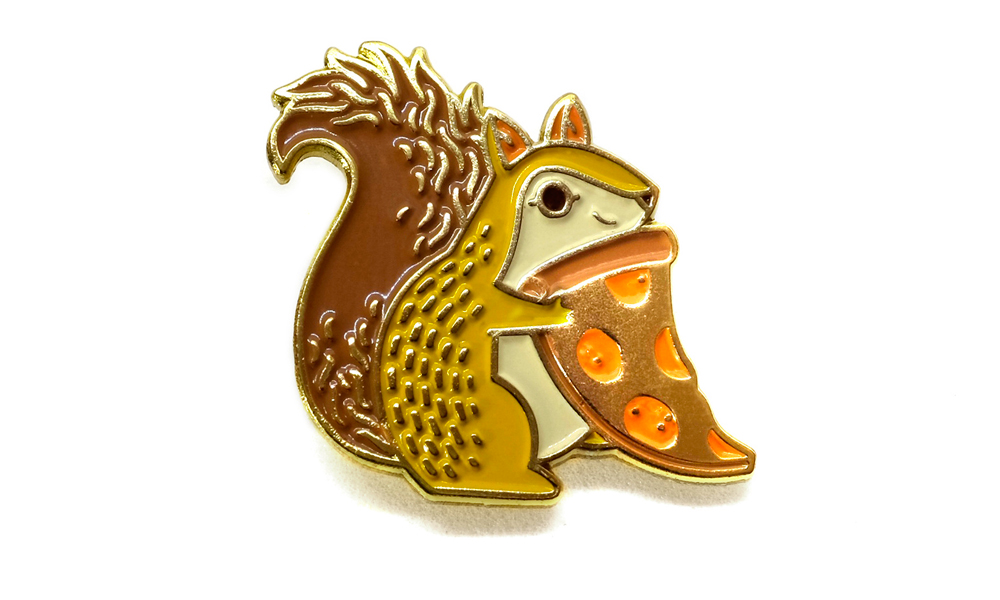 You know we have a soft spot for pizza at FTHQ. Teagan White’s “Trash Squirrel” Pin reverberated through the office after Missus Tasty found this rodent gem. Teagan has a whole series of critters doing people like things. Most of it illustrated paint on paper. That’s why this is a rare gem and probably sold out by now. There’s something about a squirrel with a slice that just screams NYC to us. Maybe given that a pizza slice is the perfect quick hit and NYers tend to move like squirrels through the streets. Either way it’s a great addition to a lapel as you hustle from meeting to meeting wrestling your fellow citizens and hunger pangs. 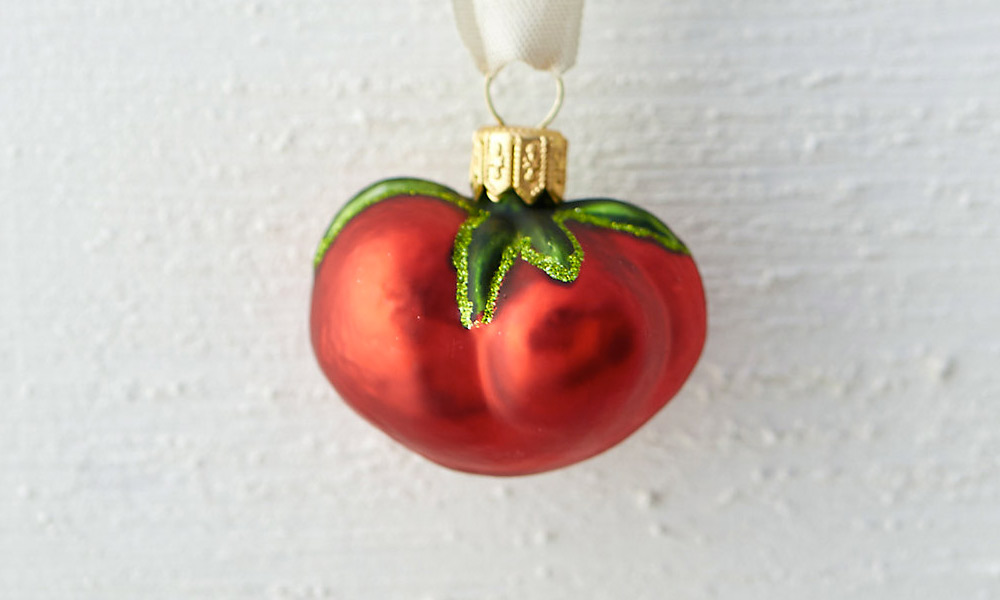 Food and Christmas go hand in hand. With the current slobbering over all things edible, it’s no wonder the food ornament game has stepped up to the plate and started hitting homers. No better place to snap up one of these winners than Terrain, the Urban Outfitters folks take on outdoor stuff. This Glass Tomato Ornament is one of our favs because it’s a building block of many recipes and a beautifully simple summer fruit we rarely get to see in winter. Hanging off our tree we want to puree them up and make a red sauce for our raviolo but that would make for a disaster. Obviously, made for memories, there glass vegetable line is meant to remind us how good the real thing is and wait for summer. That’s cool, we’re asking for heirloom seed for Christmas. 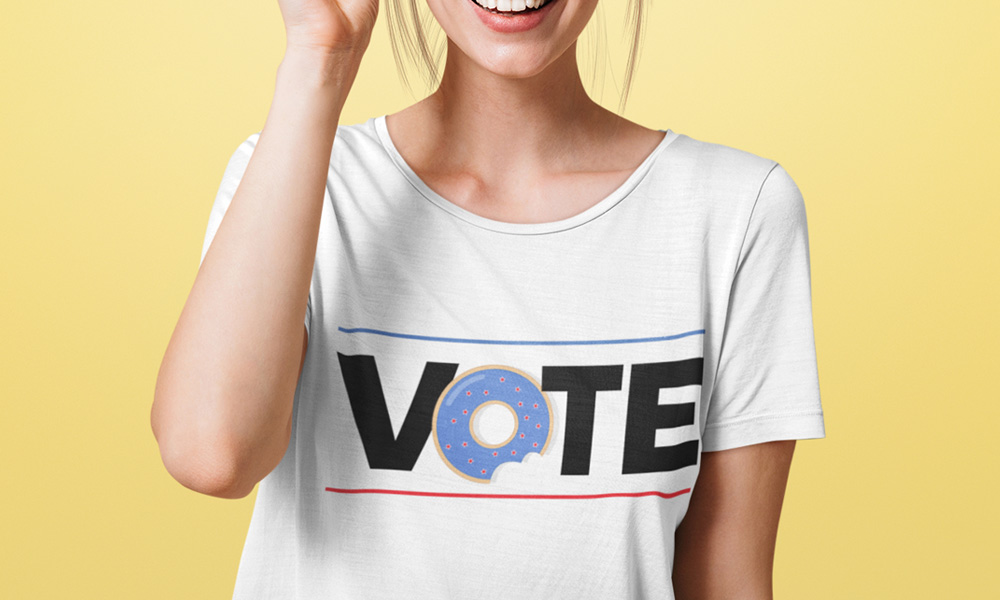 This November is one of the most important elections in our history. Collectively we have the power to shape our future, as we always did it just seems extra important this go round. The pride in this power is palpable and you might just need something a little more lighter-hearted than the recent headlines to show your patriotism. This donut flag tee should do the trick while reminding you of the sweet reward you can indulge in after you hit the polls. No matter your affiliation, or lack there of, be prepared for long lines and hunger pangs. Which reminds us to plug this equally important effort for those experiencing food insecurity. It helps those in that situation to vote and receive food. A true win-win. Back on topic, this donut vote garb will keep people on line smiling and you out of the crosshairs of a more unsavory voter. Now the only thing you need to decide is if your a yeast or cake donut lover. There it is, yet another divide. Why is there always 2 dominant choices? Can’t there be room for a strong third. In the case of donuts we supposed that would be cronuts. 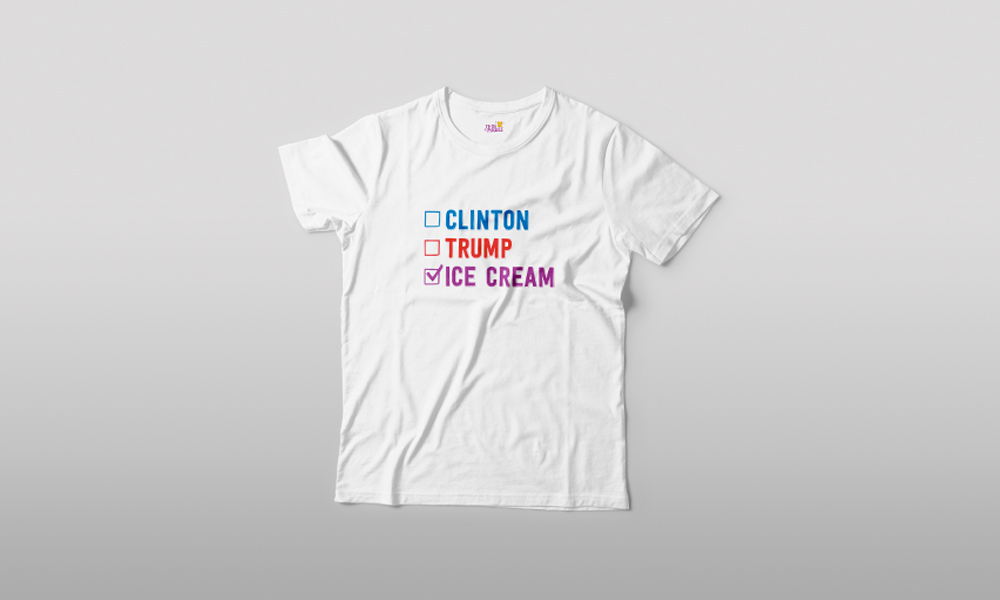 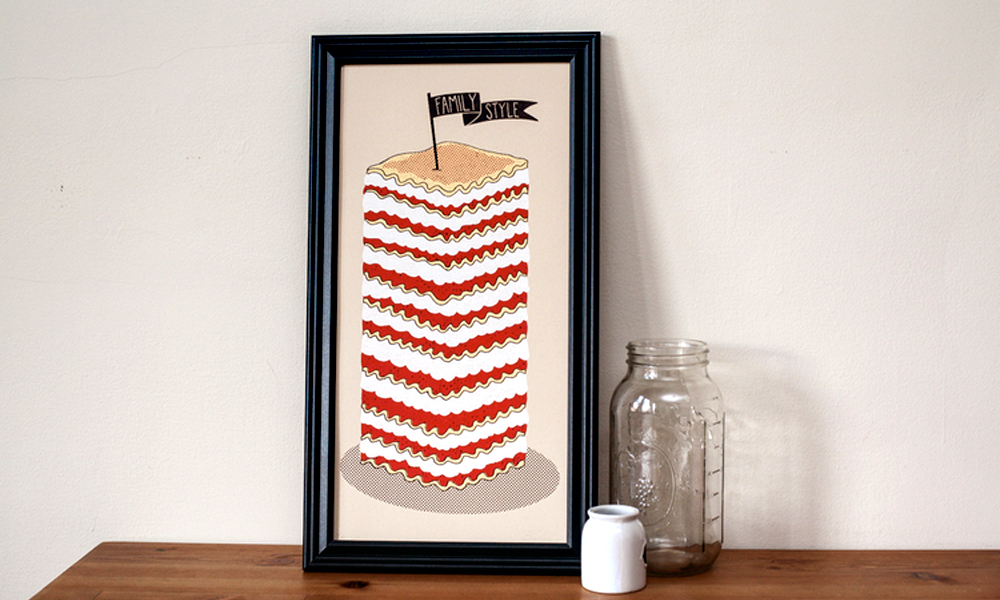 Bryan Sculthorpe had us locked at last years Renegade with his 10×20 inch “stacked” series. Family Time spoke to us loud and clear. Bryan has some new illustrations this year. Pizza being our favorite. He even branched out into pins this year. Hard to say “no” to all his work but we need more wall space first.