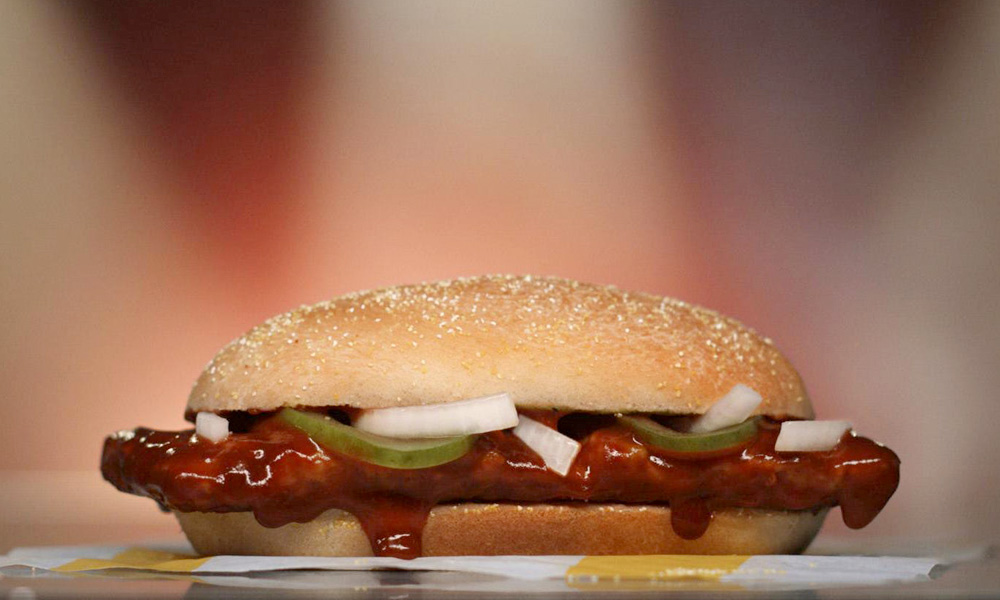 McRib season is nationwide this year

Thirty-eight years ago David Letterman started his late-night show, Tylenol capsules laced with potassium cyanide killed 7 people and the first issue of USA Today was published. As an eight-year-old, all of that paled in comparison to the introduction of McDonald’s McRib sandwich. This first brush with BBQ left an indelible mark that would stick with me years later at Memphis in May and while slurping up every full slab I could find from Mississippi to Chicago. Today this sandwich king is available nationwide for the first time since 2012. I know what you’re thinking, with all the incredible BBQ available across this great country why would I opt for a frozen, pre-formed, visually faked rib sandwich? You could easily dismiss my love as nostalgia but it runs deeper than that. Anthony Bourdain made a point to champion all food through the lens of culture. He was also known for his penchant for some of the more, let’s call it, faster of food options from time to time. With that in mind, the McRib is that food for me. Its impact on me was just as culturally profound as David Letterman challenging Johnny Carson or USA Today taking on the New York Times. I’m not the only one who feels this connection. McRib fans across the country have had lunch planned since this announcement in October so a word of advice if you are going to give it a go, and you should, get the McD’s app and order early. 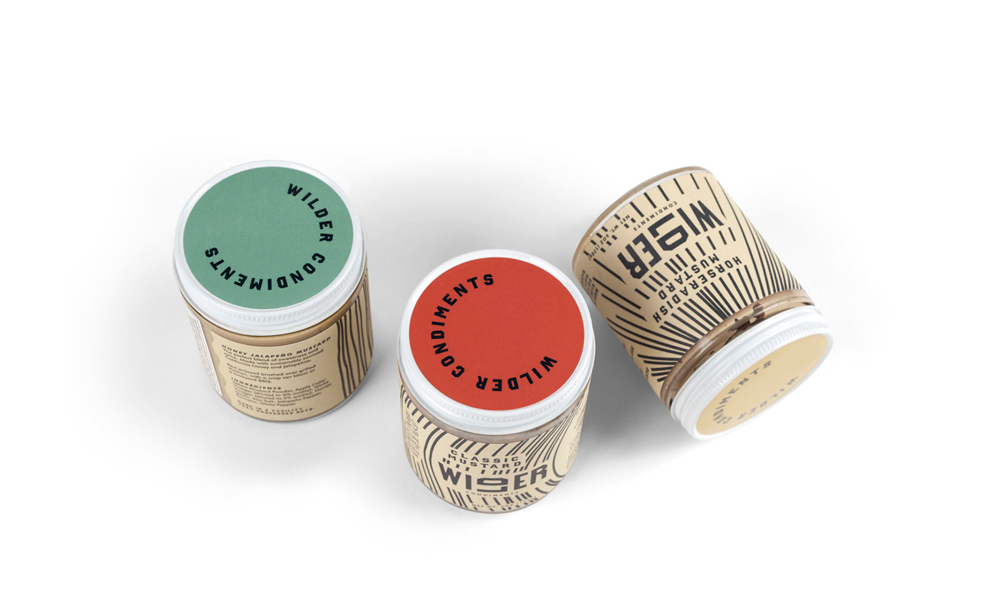 I was drawn in by their packaging and hooked by Isabel Freed’s California vibes. I didn’t even need to taste the mustard selection but I’m glad I did. Horseradish has the tendency to blow out your mouth. Most of the condiments containing this potent root are strong enough to make your sandwich all spread, overshadowing everything else except maybe the bread. The difference with Wilder Horseradish Mustard is that it’s as mellow as a california drive up the coast. In food speak, that’s referred to as balanced. Which makes a huge difference when you want to taste all those carefully chosen layers of your Saturday afternoon hoagie. If the sting of horseradish isn’t your game they also produce a classic mustard and a honey jalapeño version. Both of of them complete with the same California vibes mixed through each jar. 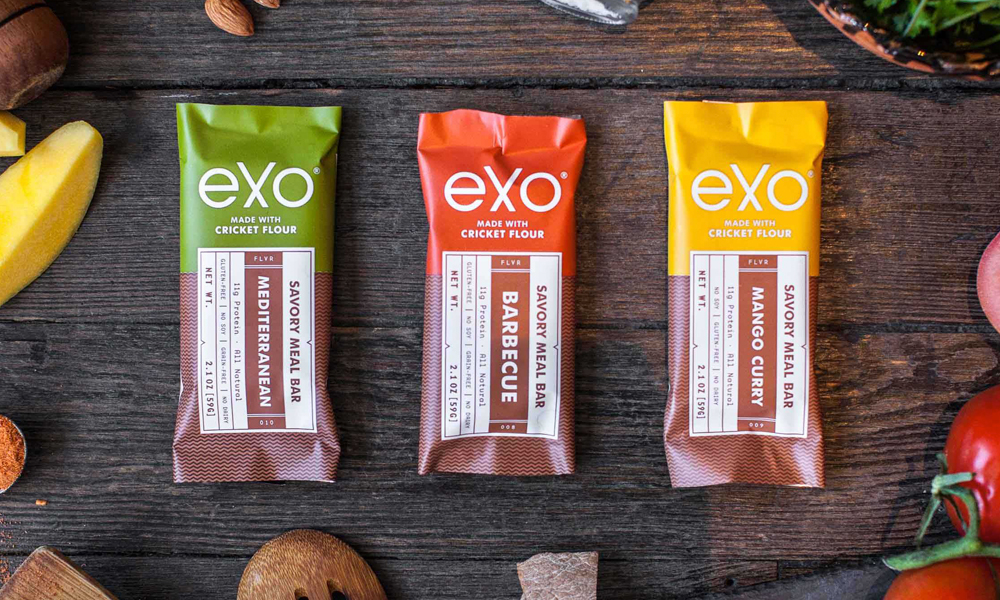 I ate my first bug in Vietnam. It was a cricket.Legs and all. I followed that with tree grubs, grasshoppers, ants and beetles. None of those insects tasted particularly terrible but the texture was the palette killer, especially the cricket legs. As we run out of viable protein sources with the rapidly increasing world population, using insects to supplement traditional forms of protein is going to be a necessary move. The first step in that is hurdling the psychological obstacle course. Exo Cricket Flour Protein Bars takes the first big leap in the direction of the finish line. The key, get rid of the cricket legs. They do it by turning crickets into a fine “flour” and then making their bars from the fine grain. That leaves you with a virtually indistinguishable protein bar that’s not only tasty and effective but sustainable in the best way possible. 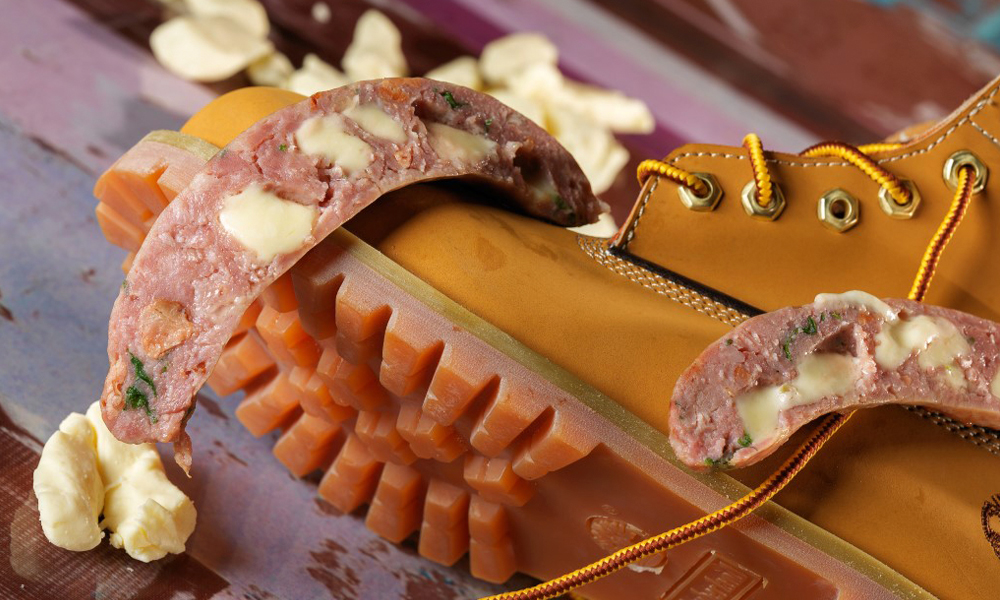 On a walk up to Jean-Talon Market we walked into a store that at first seemed to be all duck. As we made our way to the front counter we discovered the Ils En Fument Du Bon sausage counter. Technically they classify themselves as charcuterie but it’s their sausage selection that grabbed us by the taste buds. Scanning the counter our tongues watered over tequila lime, foie gras and spaghetti sausages. There’s spaghetti IN the casing. Crazy. These are only three of about 30 different concoctions. All of them twisting your brain around contrasting ingredients. The picture above does the perfect job of explaining the owner and the vibe of this artisanal brand. If these guys aren’t on VICE by summer someone in editorial blew it. 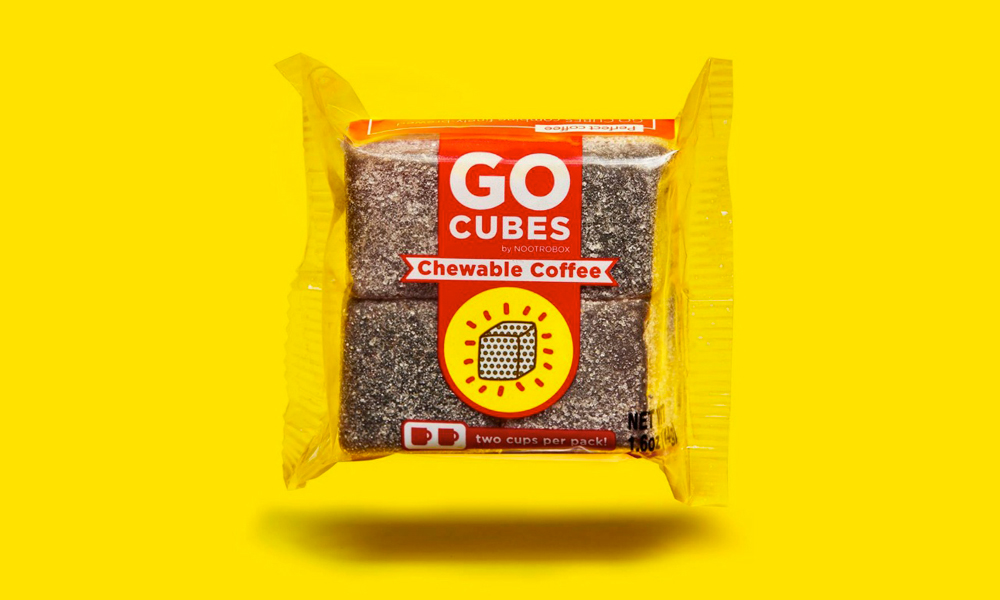 Our want for coffee is currently insatiable. What we need, that’s another story. Since we’re staggering around these days in seemingly one of two states, red-eye wired workaholics or free trade, caffeine deprived zombies, a chewable cup of coffee seemed like the next logical step to get you from your bed to your barista. Think of all the moments Go Cubes Chewable Coffee will come in handy. After that chewable cigarette for example. The 68th slide in a 112 page powerpoint slide during your weekly status meeting. Running down the jetway as you just make your 6am flight to Chicago. We could find moments like these all day. As younger and cheeky as we just were, the idea of a chewable coffee with all the flavor and all the benefits is just what the nation ordered.