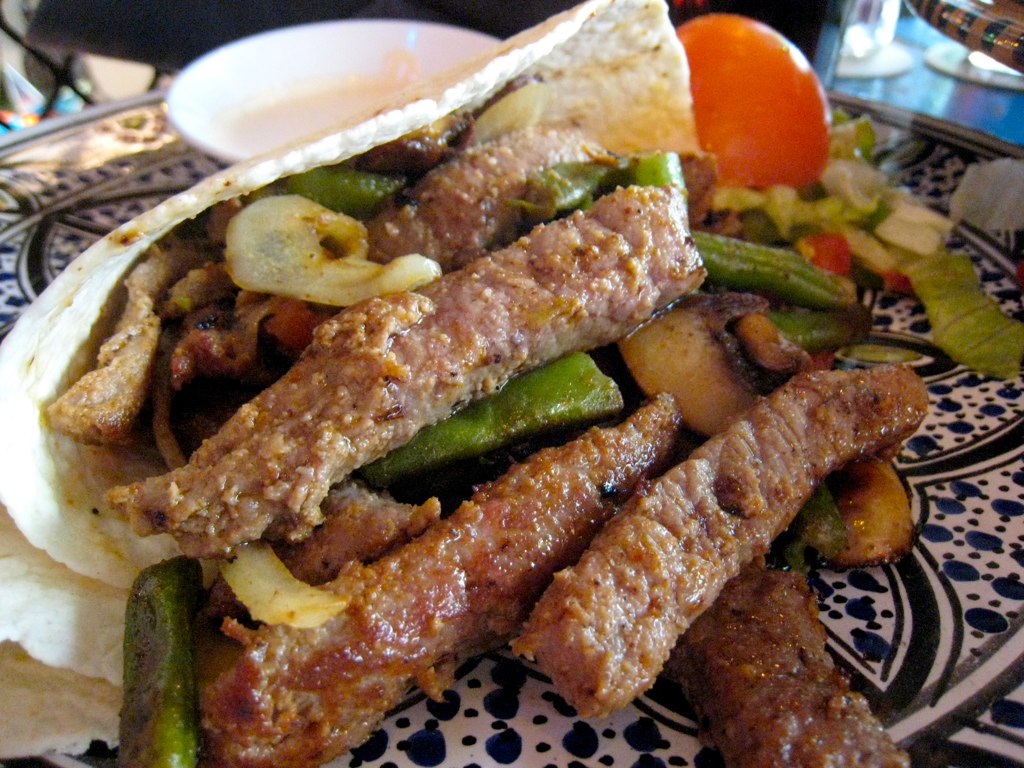 Anytime I can get off the ship I go. When I am on the ship I do some research to see what to do and where to eat at ports. I searched online and found a place called Bazar. The description said trendy and cheap. Right up my alley.

After walking around Rotterdam we finished the day at Bazar. I am so happy that I found it on the internet. What a great place. Great decor. I found out why they call it Bazar. Instead of putting salt and pepper or Ketchup and mustard on the table Bazar puts a box of tissues on the table. That I found to be bazaar. The food itself was not bazaar but really good. I passed a schwarma restaurant earlier in the day and was in the mood for one. I asked the waitress if they had it but they didn’t. She referred me to the Lawash. It was similar to Schwarma and very good. I also ordered the Bazar appetizer for 2…no I was not eating by myself. It was huge and had fish rolls, falafel, fried squid, olives and roasted almonds. There were so many things I wanted to order on the menu. I wish we were going back there on the cruise just for Bazar but that was our only stop in Rotterdam.