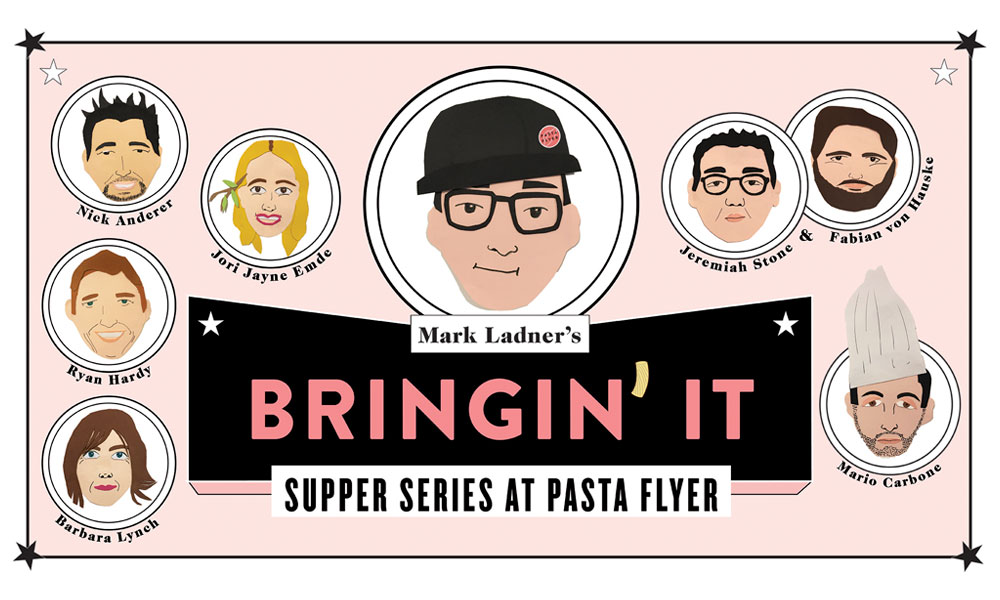 If we stand for anything, it’s dinner. The more special the more better. When we discovered Mark Ladner, pasta making magician of Del Posto and Lupa fame, was celebrating his one year anniversary of his fast-casual Pasta Flyer with a supper series we we’re psyched to say the least. An already high-rotation, week day, post-workout, dinner for us because of the incredible value Mark and team bring to the literal table…Secret best meatballs in city, secret great wines by the glass…he’s crafted this dinner series with some of his best chef friends. From the likes of Mario Carbone to Maialino’s Nick Anderer to Barbara Lynch (who has the best oyster bar in Boston amongst her food dynasty) the menu creations are bound to be off the chain. We’re not sure what we’re most excited about. Two Italian’s in the same kitchen or a food storyteller augmenting the current Pasta Flyer menu. It looks like this was a Resy and Applestone collab too. Props to them as we recently were swooned by the 24/7 butcher. Tickets will undoubtedly go quick so make a move briskly. September 26th through November 7th in NYC. 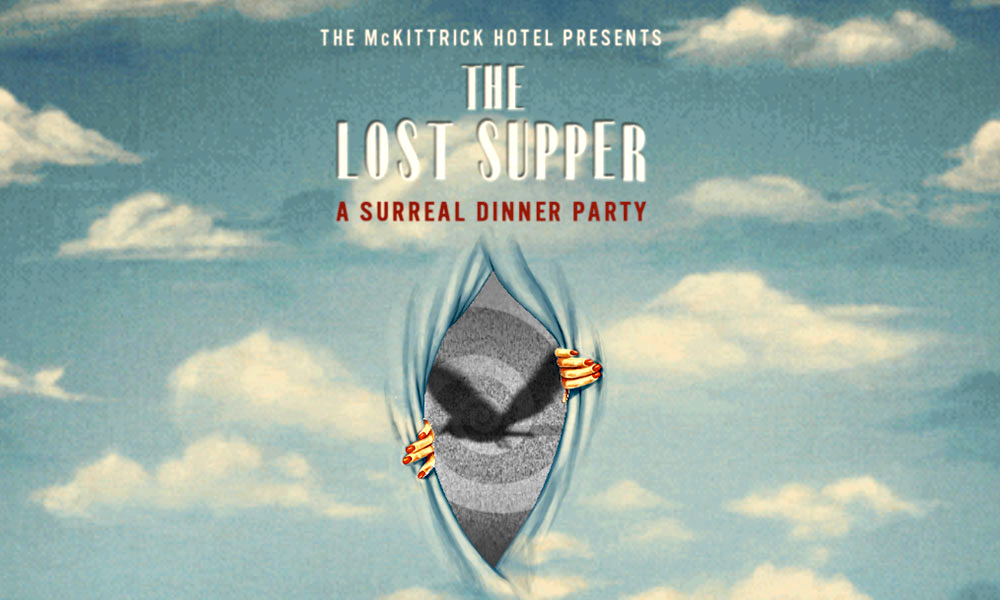 We’ve loved the McKittrick Hotel since our first sneak peek before the fames Sleep No More ever performed once. The Punchdrunk team has now opened up The Attic and invited us to  The Last Supper, a surreal time warp back to the 1960’s that boasts a hypnotic experience. Knowing this theater companies flair for the eerily awesome, there’s no doubt this night will be a head spinner you will remember for a solid decade. A few early reviews are available but leave a lot to the imagination. Our advice is not to click and be completely surprised by the journey that lies up in the attic. The dinner only runs until July 21st so you have to grab tickets as soon as you can. Don’t forget to wear your mid-century best or summon your inner Don Draper. Dressing the part always makes for more immersive fun. Now through August 4th in NYC. 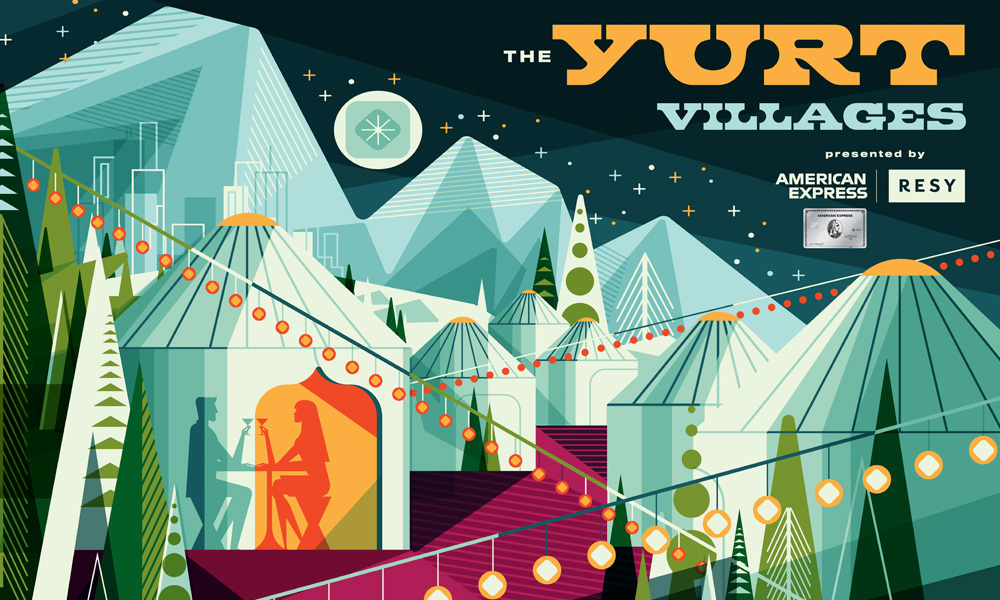 It’s getting cold. It’s getting dark. And, we’re all wondering what this shift to winter is going to do to our new found love of outdoor dining. Enter RESY’s Yurt Villages, a pop up restaurant city at your favorite restaurants around the country. We assume they will be heated because, well, they are yurts and its freezing. American Express card members had access for the last two days but today it opens to everyone at 11am so grab a spot before they’re gone. New Yorker’s will see some of their favs like Lilia and Crown Shy yurting it up. In DC, Fiola. In Philly. Zahav. Kann in Portland and Canlis in Seattle rep the pacific northwest. By now you must be envisioning that glamping spot you could never secure on airbnb BUT this reservation food is included. So lace up your redwings, grab your best made axe and head down to the yurt village for a night in the round. Second though, leave the axe at home.

We can’t figure that much out about SubCulture Dining’s Pork Store Harlem except that it will be driven by Chef Russell Jackson, include 3 courses and NOT be in Harlem. Chef Russell is know mainstream for his appearance on Food Network’s Next Food Network Star competition. We love him because he’s cut from the same apron as us. Community, Food and experimentation drives his subculture dining events and he earns his rightful place amongst the underground dining grandmother sand grandfathers…uhhem. We’re excited for this east coast gathering and hoping there’s some rhubarb for old time sake ;). Monday, April 11 @ 6:00PM in NYC. 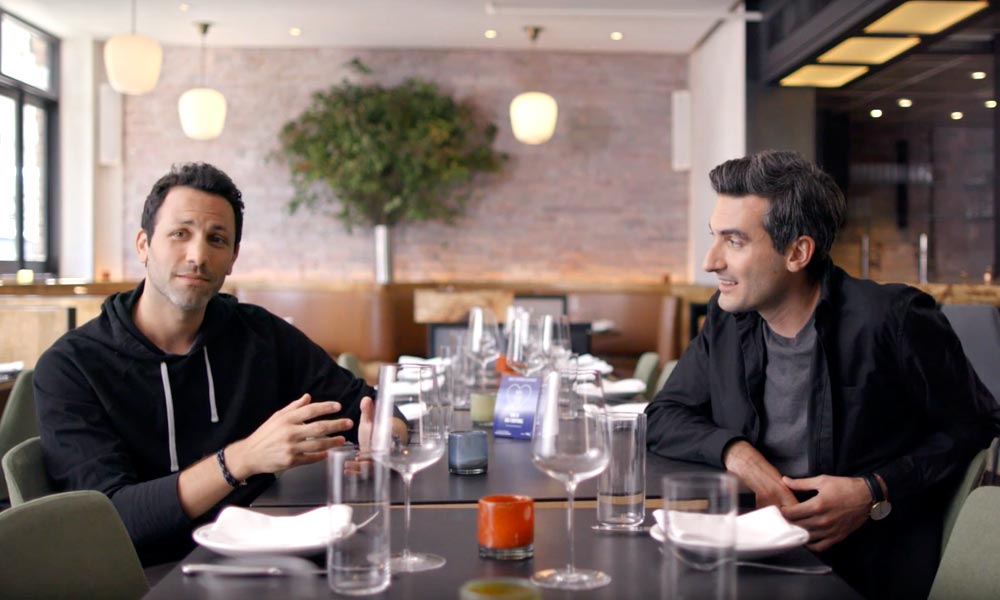 Wait! Don’t go shopping today. Wait until tomorrow. Same goes for eating or at least eating out. Regular readers of FT know we’re buddies with The Infatuation crew. What you might now know is we’re equally long term fans of American Express. That’s why this collab was a must post for us. Plus, It’s innately a good thing to do. The Infatuation has curated some of the best deals on the Shop Small American Express site to get you both great (in many cases, hard to get) food while helping your local small biz stay in business. The team is hosting #DineSmall events at some of their favorite local restaurants in NYC, LA, DC, San Diego, Chicago and San Fran. Stay tuned November 26th as they open up the ticket sales. Saturday, November 26th from 3-6pm in various cities.