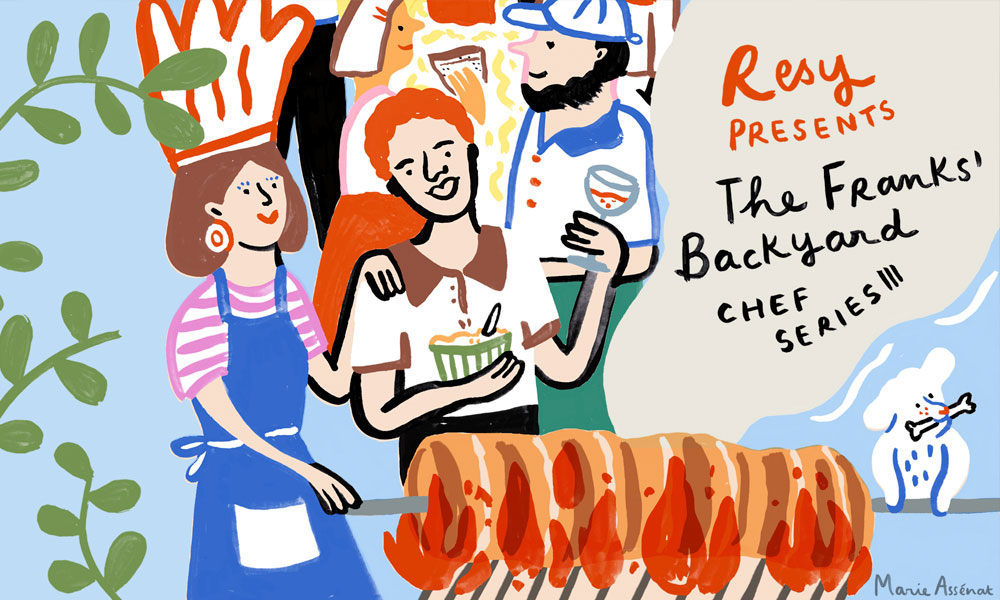 I love a good backyard party. The fact is, I have not been throwing nearly enough of them in the past few years ever since my Brooklyn deck turned into a Queens backyard. That is not to place blame as much as it is to publicly say I am bringing them back this summer. If you don’t get an invite or if you prefer the professional chef version of this American past time, I have great news but it’s unfortunately not directions to my house. The two Franks, yes those Frankie Spuntino legacy guys, have just announced their 3rd annual backyard chef series. For those of you who live under a rock (aka. Deep Queens or the Upper West Side) Frank and Frank did some remodeling last year. They closed Prime Meats, their German steak house, and converted it into Franks. Confusing I know. Their reinvented spot is split between a wine bar and a trattoria. They also expanded the Frankie’s Spuntino dining room which allows for a new and improved backyard scene. All this means that this years line up has some new space and some new ingredients, or accouterments, to play with. The guest chefs include some of my favs like Angie Rito from Don Angie’s and Greg Baxtrom of Olmsted. A few out-of-towners are in the mix like the talented Kristian Baumann from Copenhagen’s Restaurant 108. The best part of all this is the entire evening is communal. From the welcome drinks to the long dining table you’ll make new friends at, things will get intimate. The spots at the table will fill up fast so make sure you pick a chef and grab up some seats before your only option is a useless attempt at a remake in your friend backyard alley, a $6.99 Walmart mini- bricket bbq and a 6-pack of canned rose. May 15th thru September 25th in Brooklyn.

Walking around Arthur Avenue feels a little like a throwback to the days of my grandfather. Just off the boat from Italy, adapting to the “new” city by finding ways to make mozzarella and salami in these new urban conditions. We walk the shops and visit Mike’s Deli at least every quarter year BUT we rarely have more than our Italian roots to tell us the story of the streets we stroll. We wish we had Bronx resident and food aficionado with us on our visits. The 92st. Y’s Arthur Avenue Food Tour grants that wish. Susan will accompany you to her favorite spots while explaining some history of the neighborhood, Italian-American immigration and the food production. Saturday, June 18 @ 11am – 1:30pm. Meeting spot TBA. 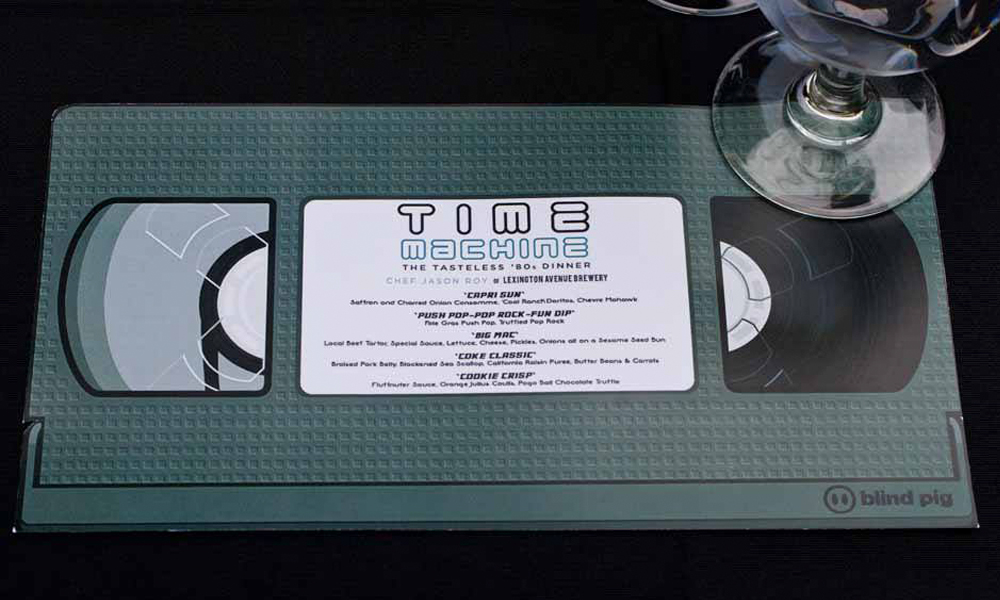 The Blind Pig Supper Club has been doing it since 2011. Doing what requires more words than I have available right now. These pictures encapsulate their mission and events. What we love is that they share our same ethos. The idea of meeting new people and becoming friends is tied into everyone of their erratically themed evenings. 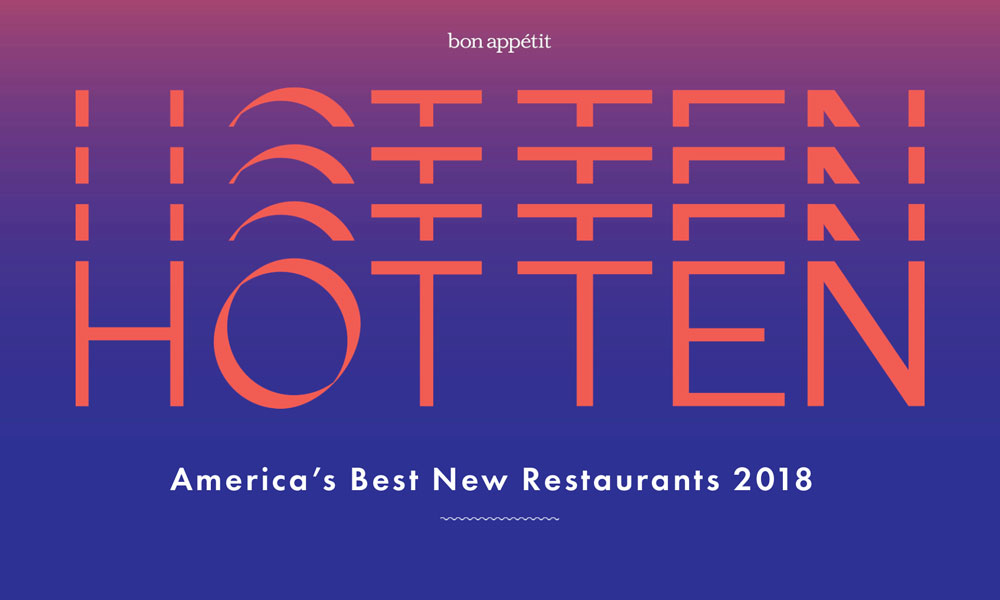 Every year the editors at Bon Appetit compile their top 10 restaurants in America. Then they hold a grand ol’ chef and food insider party celebrating their list. If rubbing elbows with the Foodie elite is your thing or you just like the idea of eating the best food in America, according to one of those aforementioned tastemakers, then the Bon Appétit Hot 10 Party is totally your scene. Snapping up a tier 1 ticket gets you unlimited food and drinks which is a great start BUT if you’re attending you might as well really go big. The VIP package gives you a special entrance (no queuing), early access to all the food, some mingling time with the chefs so you can drop that sous vide story you’ve been dying to use and a special Hot 10 alumni restaurant in addition to the 2018 team. That should hold you over with stories when commanding your next dinner party. If you just want to party and forget the food (which we’re not sure why you’d choose that) a quick $25 bucks gets you into the after party. October 17th at 6:30 in Brooklyn, NY. 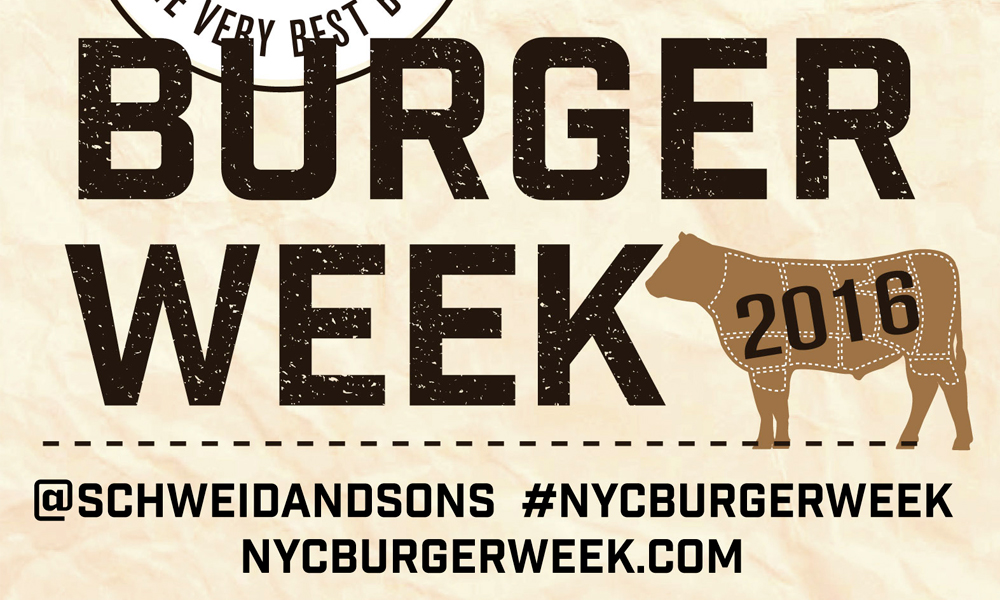 You read that right. An entire week dedicated to the all-american favorite food indulgence. To be honest, we had no idea this existed. We completely missed the memo for 2015. Not the case for NYC Burger Week 2016. The line up screams for a clogged artery by hump day. If we make it through the whole week you can find us forging Lipitor prescriptions at Duane Reade. Don’t blame us. With nights like Black Iron Burger’s Burger and Beer Civil War AND The Beer Culture Boozy Burger Brunch how are you not going to be sitting at the next table with a half glass of booze and ketchup smeared in the corners of your mouth? May 1-7 @ various location in NYC.